Actor Urvashi Rautela on Sunday shared a stunning picture from the trailer launch of ‘The Legend’. a multilingual film, on her social media account.
Taking to her Instagram handle, the ‘Sanam Re’ actor dropped the beautiful picture in which she can be seen in traditional clothes from Tamil Nadu, which represent the cultural spirit of this south Indian state.

She was dressed in a pure silk Kanjeevaram, a yellow saree, and a blouse with balloon sleeves. She chose a very heavy long Kundan neckpiece, as well as a perfect golden mang tikka and earrings, Nagam, and bangles, in keeping with tradition.
“Vanakkam Chennai Thank you so much for your massive love for me & our PAN Indian film #TheLegend . I truly care & respect each one of you & promise to stand by you in your tough times” she captioned the post. 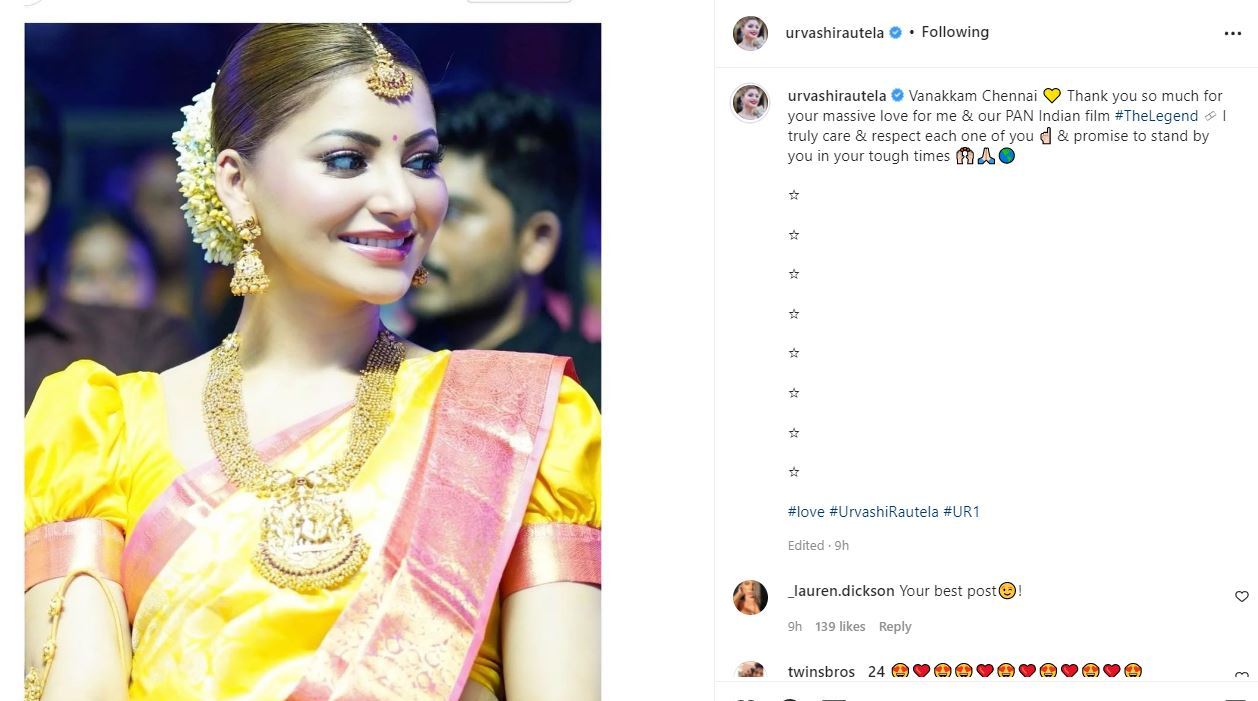 Fans and admirers swamped the comment area with heart and fire emoticons.
On Sunday, May 29, the trailer for ‘The Legend,’ one of the highest-budget multilingual films, was released, and Urvashi stole our hearts with her appearance at the launch.
Meanwhile, on the work front, Urvashi will star with ‘365 Days’ star Michele Morrone and Tomasz Mandes in a film, which will be helmed by director Barbara Bialowas. She will also be seen in the lead role of ‘Inspector Avinash,’ opposite Randeep Hooda.

The actor will star in the bilingual thriller ‘Black Rose,’ based on Shakespeare’s Merchant of Venice, as well as the Hindi remake of the superhit ‘Thiruttu Payale 2’.
Urvashi will also star in her next worldwide music single alongside international sensation Jason Derulo. (ANI)