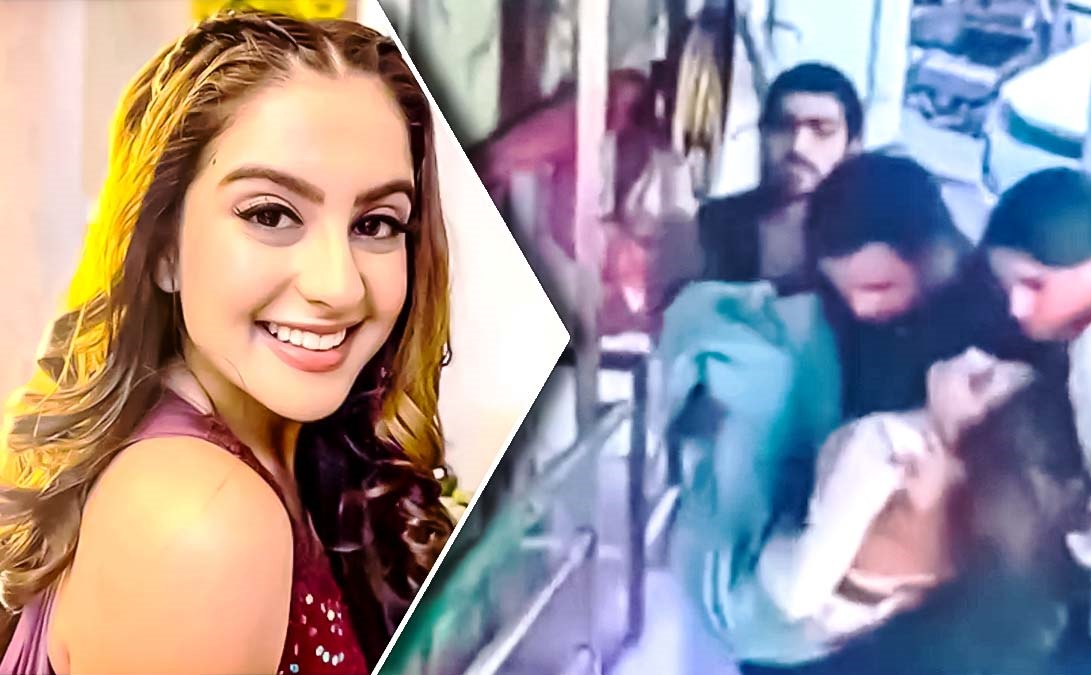 CCTV footage of actor Sheezan Khan went viral on Tuesday on social media in which he could be seen carrying Tunisha Sharma to the hospital along with his ‘Ali Baba: Dastaan-E-Kabul’ crew members.

Allegedly, the video is from the day Tunisha died.
Tunisha was found dead on the sets of her ongoing TV show Alibaba – Dastaan-e-Kabul on December 24. A day later, her ex-boyfriend and co-star from the show, Sheezan Khan was arrested on charges of abetment to suicide.

On Tuesday, Waliv Police said that Khan repeatedly keeps changing his statements and has not yet given any clear reason why he broke up with his ‘Ali Baba Dastaan-E-Kabul’ co-star.
The deceased actor’s mother has claimed that Sheezan was cheating on Tunisha. On the basis of the statement of Tunisha’s mother, an FIR was registered and the actor was arrested.
According to the police, Sheezan broke down during interrogation in front of the female officer.

“When the woman police officer of Waliv police station reached to interrogate the accused, he started crying. For two consecutive days, he kept on narrating different theories for breaking up with Tunisha but when a woman officer questioned him, he started crying,” an official said.

According to the woman officer, the actor did not open up and it was difficult to guess his emotions by looking at his body language till yesterday, but last night he started crying during interrogation.
No suicide note was recovered at the spot by police.

On Tuesday, fans, family, and members of the television and film industry bid a teary farewell to 20-year-old Tunisha at the Mira Road crematorium ground in Mumbai. Celebrities including Vishal Jethwa, Ashnoor Kaur, Avneet Kaur, and Shivin Narang among others attended Tunisha’s funeral. (ANI)