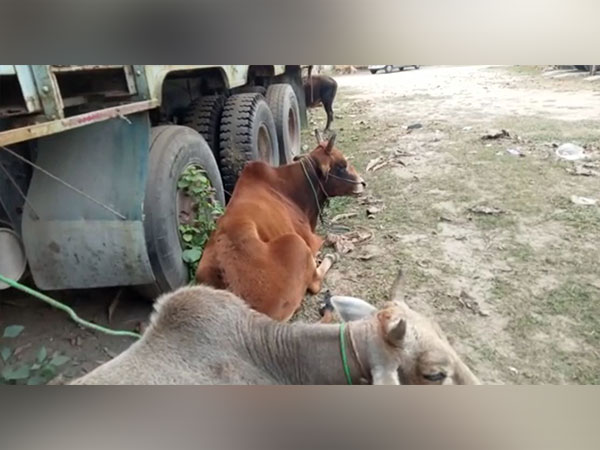 Four cattle were recovered from South Salmara Mankachar district of Assam along the Indo-Bangladesh border and a smuggling attempt was foiled, said police.
According to the police on Tuesday night, during patrolling they recovered four cattle heads at Moinabanda road.
The smugglers fled away as soon as they noticed the police party.

Necessary follow-up action is being taken as per law and an investigation is underway.
On Tuesday, the Assam Police foiled another smuggling attempt and rescued 24 cattle from a truck in Biswanath district, informed officials.
“During Naka checking, we intercepted the truck, but the truck driver fled after seeing the police team. During the search, we found 24 cattle heads in the truck and seized the vehicle. Out of 24 cattle, one cattle was found dead. Further investigation is on,” a police officer of Borgang police outpost, B. Bey said. (ANI)