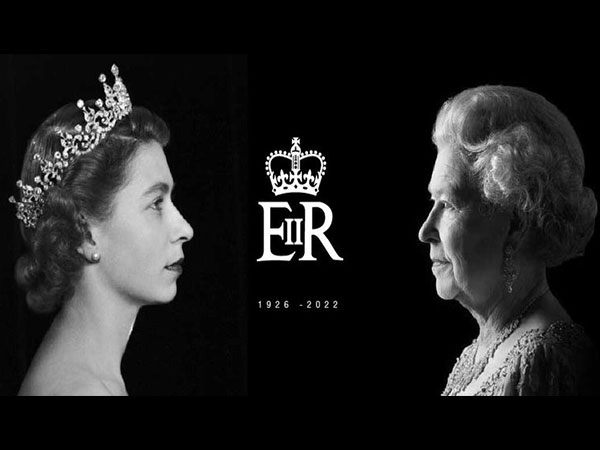 The British government’s “Operation Unicorn” is underway following the death of Queen Elizabeth II in Balmoral, Scotland.
The UK authorities had devised Operation London Bridge to manage events during the first 10 days between the Queen’s death and the funeral. They had thought of Operation Unicorn in case the queen died in Scotland. She passed away in Balmoral, Scotland on September 8.
“The Queen died peacefully at Balmoral this afternoon. The King and The Queen Consort will remain at Balmoral this evening and will return to London tomorrow,” the Royal Family said in a statement on Thursday.
Shortly before the Palace announced the Queen’s death, BBC presenters changed into black attire, black suits and ties, as part of ‘Operation London Bridge’.
As per the documents seen by The Politico, Thursday will be declared as “D-Day” and each following day leading up to the funeral will be referred to as “D+1,” “D+2” till the tenth of her death.
As per one official memo, the code for conveying the message of the Queen’s death is “London bridge is down.” What will follow is a vast security operation to manage crowds and travel chaos, the report said.
According to documents seen by Politico, the Royal family will next announce plans for the Queen’s funeral.
Ten days after Queen’s death, the newly appointed UK Prime Minister Liz Truss will be the first member of the government to make a statement.
Aside from the statement from the PM and other members of the government, gun salutes will be arranged at all saluting stations.
Subsequently, Liz Truss will hold an audience with the new king, and King Charles will deliver a broadcast to the nation.
The state funeral will be held at Westminster Abbey and there will be a committal service in St. George’s Chapel at Windsor Castle.
Thereafter, Queen Elizabeth II will be buried in the castle’s King George VI Memorial Chapel.
The Queen was born on April 21, 1926 at 17 Bruton Street in Mayfair, London. She was the first child of The Duke and Duchess of York – who later became King George VI – and Queen Elizabeth. (ANI)