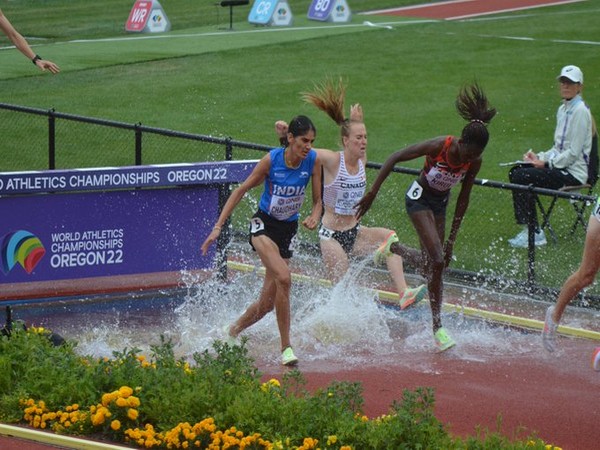 Athlete Parul Chaudhary finished in 12th position in the 3000m Steeplechase at the World Athletics Championships being held in Oregon on Sunday.

Parul also clocked a timing of 9:38.09 in her heats and registered her personal best performance in the tournament so far.

Competing against World rank No 5 Chemutai of Uganda among others, the Indian athlete stood 12th in the event, which was won by Alice Finot of France.

Taking to Twitter, Sports Authority of India wrote, “Parul Chaudhary registers her Personal best performance in 3000m Steeplechase at @WCHoregon22 with a timing of 9:38.09, finishing 12th in her heats Good effort by Parul.

Earlier, Parul Chaudhary had set a new national record in the women’s 3000 metres event at the Sunset Tour in Los Angeles, surpassing the six-year-old record of Suriya Loganathan.

She had clocked 8:57.19 in the women’s 3000 m event, surpassing the national record set by Loganathan, who had clocked 9:04.5. Chaudhary was trailing at the fifth spot but gained momentum during the last two laps to earn a third-place finish at the podium.

World Athletics Championships 2022 is being held in Oregon from July 15 to July 24. (ANI)