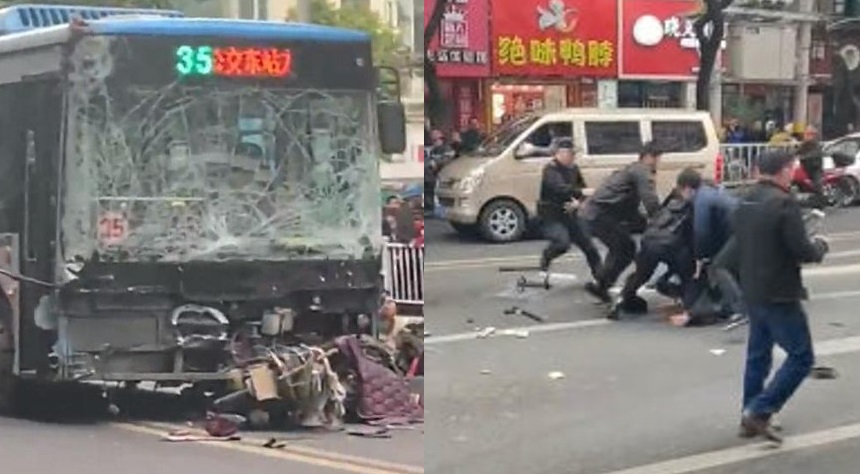 At least five people were killed and 21 injured after a hijacked bus crashed into pedestrians in east China’s Fujian province on Tuesday afternoon, state media reported.

A hijacker carrying a knife had been detained and was being investigated by local police, state television CGTN reported.

The incident happened at about 3:20 pm in the city of Longyan, the local Minxi Ribao newspaper reported. A policeman was among the five confirmed dead.

A video posted by Duowei news, a Chinese media outlet based in the US, showed several injured people lying on the street near a crashed bus. It also showed police wrestling a person to the ground.