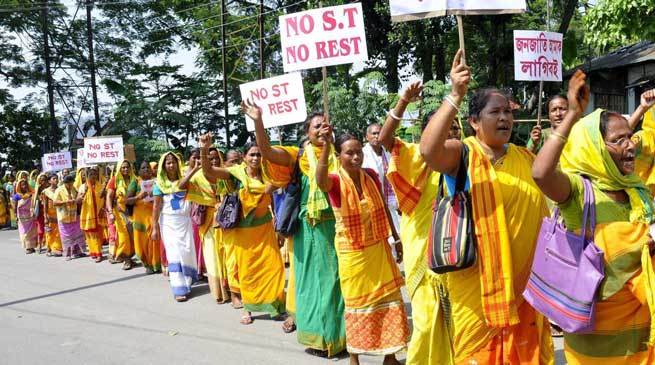 BONGAIGAON, Jan 3 – All Koch Rajbongshi Students’ Union (AKRSU) and its sister groups have called a 12-hour Assam bandh on January 8 in protest against the Centre’s alleged dilly-dallying tactic for granting ‘Kamatapur State’ and tribal status to the Koch Rajbonshi community.

Arun Ray and Gokul Barman, president and general secretary of the students’ body respectively said that despite repeated pleas and a series of agitational programmes, Centre has failed to solve their demands. “We have no option but to go for an agitation,” the leaders said.

The students’ body and its wings – Chilarai Sena and All Koch Rajbongshi Mahila Samiti – will burn the effigies of Prime Minister, Home Minister and Chief Minister in all the district headquarters tomorrow protesting the same, the leaders said.

“If these protests fail to evoke any positive response from the Union Government, then will go for a massive agitation,” the leaders threaten. They also alleged that Kamatapur State is a long-pending demand and the Centre should take the matter seriously.