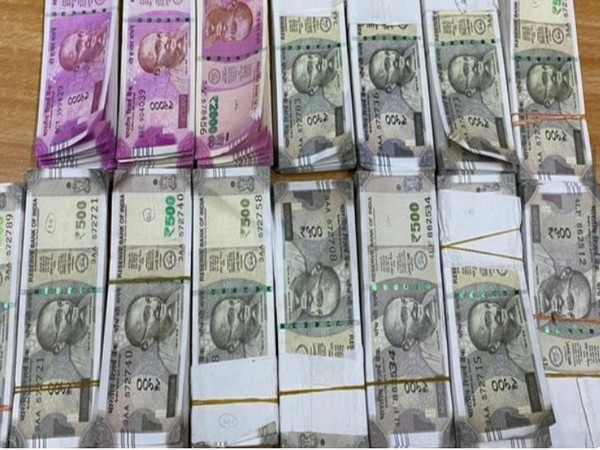 A fake currency racket was busted in Nagaon and four persons were arrested in connection with the incident, said police on Tuesday.
The officials also recovered fake notes valuing around Rs 20 lakhs and note-making machines from the spot.
“The racket was busted after the police arrested a person with 18 pieces of fake gold items in Nagaon and during interrogation, he revealed some information about the fake currency notes racket,” said Officer-in-Charge of Nagaon police, Manoj Rajbongshi.

The arrested were made from a house which was rented by the accused in the Nagaon.
“Based on that inputs, we conducted an operation at Bhetapara area in Guwahati on Monday night with the help of Guwahati city police and arrested four persons. We also recovered two fake notes-making machines, one piece of fake gold and other items from the house. They have cheated people by using fake gold and fake currency notes,” said the police.

The arrested accused have been identified as Sadikul Islam, Mafikul Islam, Aijul Rahman and Rima Baishya.
Further investigations are underway.
Earlier on Sunday, the Assam police arrested a man for possession and sale of fake gold articles.
The police also seized 18 pieces of fake gold items. The arrest was made in the Nagaon district.

“These people used to bury it under the ground in an empty space and when a customer came, they would give it to him. We have arrested one person,” police said.
Earlier on September 3, Assam Police and the Central Reserve Police Force (CRPF) in a joint operation seized 400 kilograms of ganja and arrested one person in the Nagaon district.
The arrested accused person was identified as Hasan Ali.
Based on secret information, a combined team of police and CRPF launched an operation at Nagaon town and seized the ganja from a house owned by Hasan Ali who is the kingpin of ganja distribution in the district.

Leena Doley, Superintendent of Police (SP) of Nagaon district told ANI that Hasan Ali had brought the contraband from Dimapur in Nagaland and distributed it in the Nagaon district.
“Today under the leadership of the Officer-in-Charge of Nagaon police station, we have successfully detected about 400 kg of ganja from the house of Hasan Ali. As per our information, he is the main distributor of ganja in Nagaon. He brings the contraband from Dimapur in Nagaland and he distributes this from his home. We have recovered and seized the ganja. Our drive against drugs and NDPS items is going on. It is a big haul,” Doley said. (ANI)