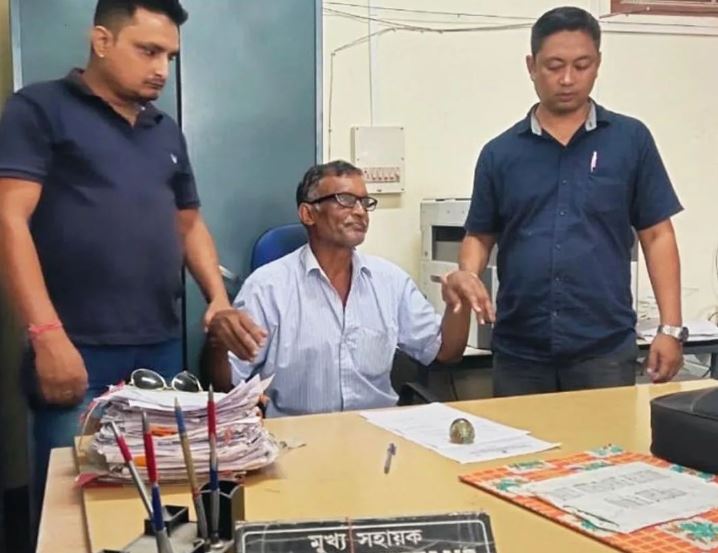 A state government official was arrested by sleuths of the Anti-Corruption and Vigilance Bureau while accepting bribe money in Baksa district on Tuesday, an Assam Police release said.

A complaint was received by the directorate of Anti-Corruption and Vigilance that a head assistant in the office of the Joint Director, Health Services, Baksa, had demanded bribe of Rs 5,000 from a retired ANM nurse for processing the pension file and regularising pay scale.

Unwilling to pay the bribe, the retired nurse approached the vigilance directorate and a trap was laid in the office of the accused.

The accused was caught red-handed while accepting the bribe money of Rs 5,000, the release said. It added that a case had been registered against the accused and follow-up proceeding initiated.(*PTI)