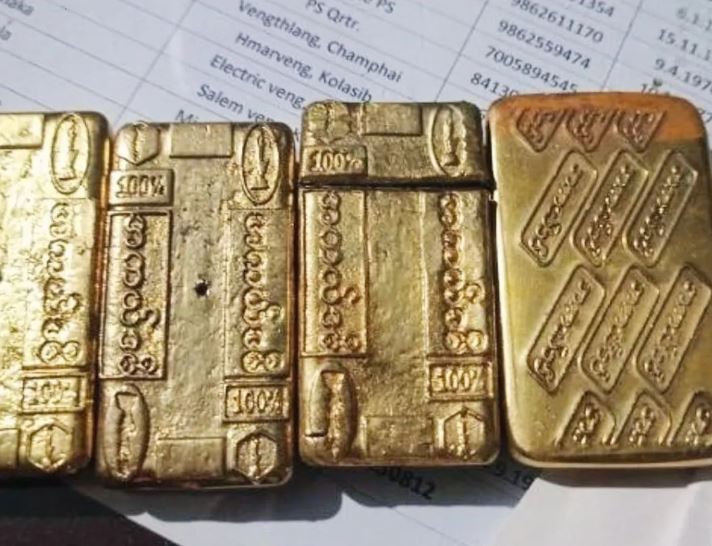 In a major crackdown, the Sub-Inspector (SI) – VL Dawngkima and personnel of Kolasib Police Station has recently impounded 4 rectangular metal bars with yellow colour, strongly suspected to be Gold bars, which were kept hidden within the dashboard of a vehicle from Khuangpuilam in Mizoram’s Kolasib region.

Meanwhile, two persons identified as – Johny Zonunsanga hailing from Aizawl & Lalpekthanga, a resident of Champhai were apprehended in connection with this incident.

According to an official statement, those metal ‘Gold’ bars were found to be fake, during thorough verification.

“A complaint has been registered against the two accused and further investigation is in progress,” – the statement further reads.