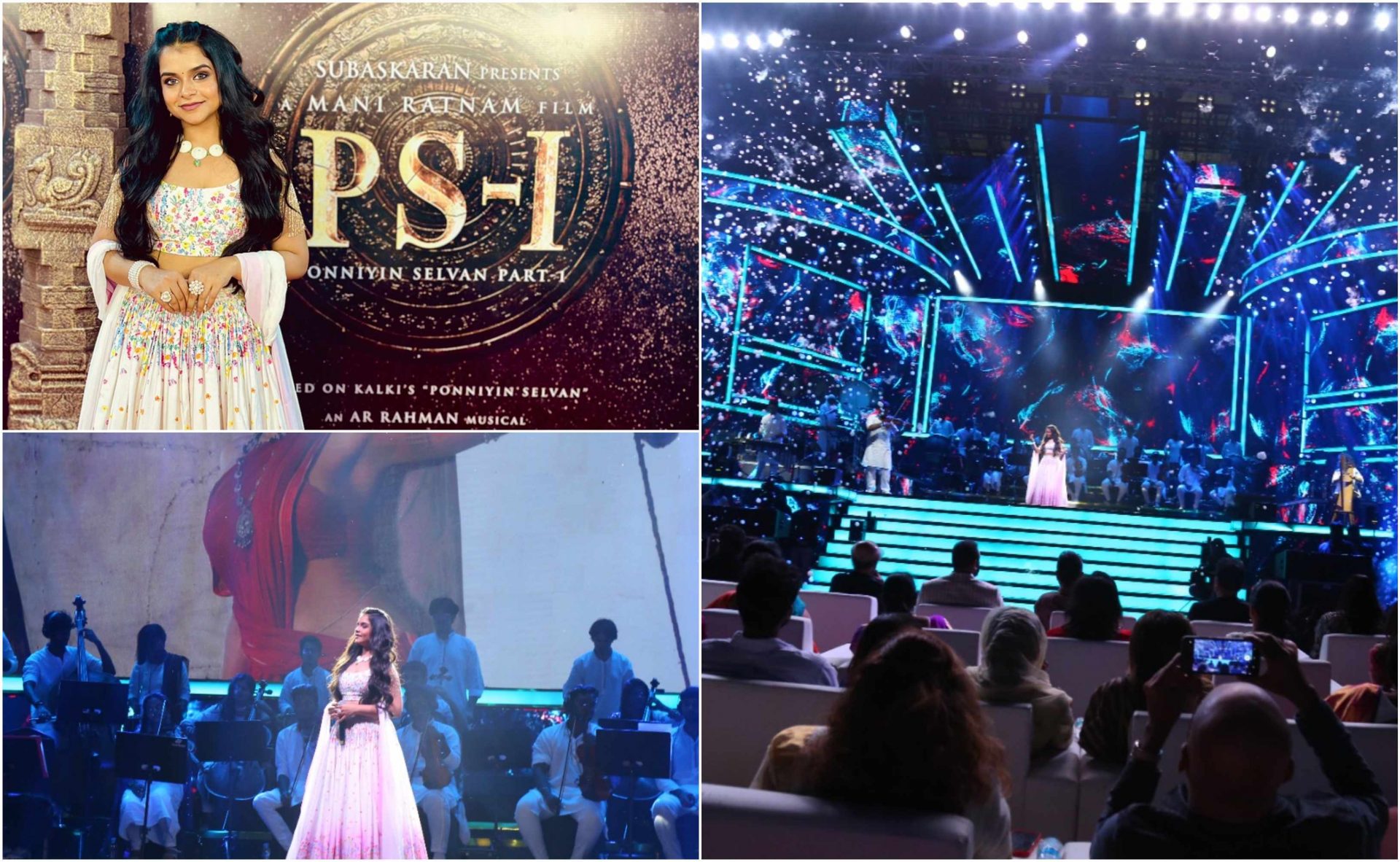 Ponniyin Selvan (PS-1) is inarguably one of the biggest films of the year. The trailer and its grand audio is launched at the Nehru Indoor Stadium in Chennai on September 6. PS-1 is a period drama, directed by Mani Ratnam. It has been produced by the filmmaker and Allirajah Subaskaran under the Madras Talkies and Lyca Productions banners, respectively. The film features an ensemble cast of Vikram, Aishwarya Rai Bachchan,  Jayam Ravi,  Karthi, Trisha, Aishwarya Lekshmi,  Sobhita Dhulipala, Prabhu, R. Sarathkumar, Vikram Prabhu, Jayaram, Prakash Raj, Rahman and R. Parthiban. The music is composed by A. R. Rahman. The film is planned to be launched on 30th September, worldwide in 5 different languages viz Tamil, Hindi, Malayalam, Kannada & Telegu.

The popular track “Alikadal” in Tamil and “Doobi Doobi” in Hindi, Kanada & Telegu is poised to be released soon. The song in four languages is sung by the young talented playback singer Antara Nandy from Assam. This is the first time for any singer from Assam has worked with Mani Ratnam & AR Rahman duo ever for such a big project released worldwide in so many languages. Antara was on stage and performed the song on the stage. She is an example of how she has moved from Little Champs to being a social media sensation and then to Playback debut, that too with such a mega project.

Antara could not be contacted as of now but hopefully, she will sing the song live during her next Concert in Guwahati, next week. The Song is now released on many audio platforms viz Resso, Spotify, YouTube, Apple Music, iTunes, Amazon Prime Music India etc.