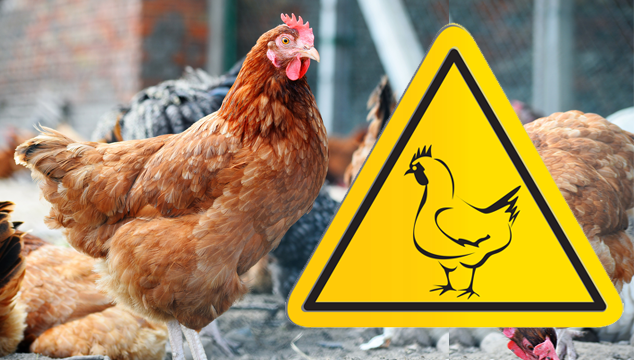 Avian influenza, also referred to as bird flu, has spread to one more block of Bihar’s Munger district, forcing authorities to order culling of over 15,000 poultry birds there on Friday.

The H5N1 avian influenza in the state has so far claimed the lives of 200 birds, including seven peacocks and a khalij pheasant at the Sanjay Gandhi Biological Park, referred to as Patna zoo, which has been closed to public since December 25.

Unconfirmed reports, however, put the death toll of birds in the state at over 1,000 since the outbreak of the disease in Munger on December 3. The animal husbandry department (AHD), however, refuted reports of all avian deaths to bird flu.

“We have been able to successfully contain the disease, which is restricted to the Patna zoo and two blocks of Munger,” said state epidemiologist Dr Ragini Mishra.

This follows laboratory test reports from the National Institute of High Security Animal Diseases, Bhopal, which confirmed death of a poultry bird due to H5N1 avian influenza on Wednesday.

As per the AHD survey, around 15,500 birds were to be culled at Mubarak Chak village. District magistrate, Munger, Anand Sharma, however, refused to divulge the figure of poultry birds to be culled, saying the animal husbandry department had done the survey.

“We have decided to cull birds but are awaiting orders from the animal husbandry department. The moment we get the order then only we can give an official press release. Since the AHD has done the survey, you can talk to them directly,” said Sharma.

This is the second instance of bird-culling in the district. The authorities had culled 588 poultry birds at Gorho village in Asarganj block of the district between December 22 and 23, following reports of crow deaths due to bird flu.

In Patna, fresh samples of faecal matter of several dead avian species found at the College of Arts and Craft, and the veterinary college, had been sent for tests to the National Institute of High Security Animal Diseases, Bhopal.

“More than 500 samples of dead avian species, outside the Patna zoo, have been sent for laboratory tests to Bhopal. We are awaiting their results,” said an AHD official requesting anonymity.

Dr Mishra said the bird flu virus had not affected any human beings so far. “We have sent serum and oropharyngeal swab samples for tests to the National Institute of Virology, Pune. The samples have been collected from people belonging to the risk group who came in contact with the dead birds. So far, none have tested positive, which is a good sign,” said Dr Mishra.

As a precautionary measure, the government had advised people to avoid chicken and poultry products, like egg. Dr Mishra, however, said the virus became inert at 70 degree Centigrade.

“Indian style of cooking in pressure cooker is considered to be safe. There is no risk if one partakes well cooked chicken and boiled eggs. There is no evidence of avian influenza in human beings in India so far, though the disease has been reported from 16 other countries.”

Experts from the Indian Veterinary Research Institute (IVRI), Bareilly (UP), had visited the Patna zoo last week. A two-member team from the Lady Hardinge Medical College and the Indian Institute of Public Health, Kolkata, arrived here on Tuesday to undertake a study of the virus strain.

Another six-member team from the animal husbandry ministry is expected here on January 4 to undertake a detailed study in the state and take required measures.

A Central team from the health ministry is also camping at Munger.