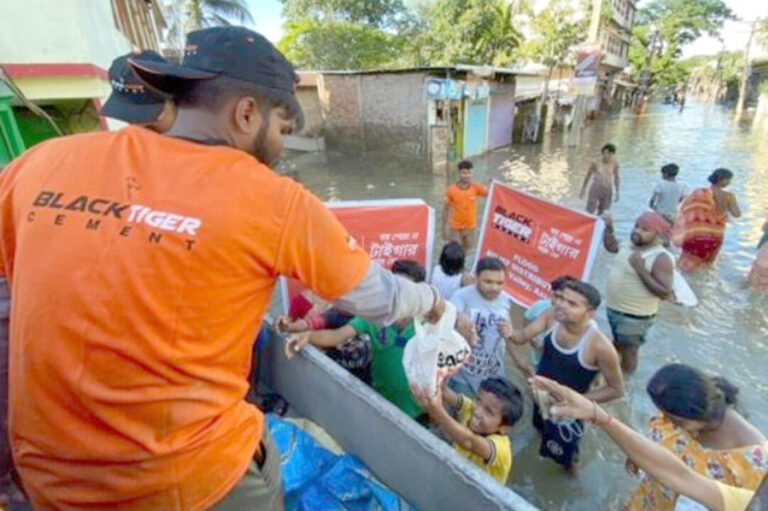 Black Tiger Cement, one of the leading cement brands of the region, has recently initiated flood relief camps in the worst affected areas of Barak Valley and Nagaon districts.
Assam’s flood situation still remains grim and out of 35 districts, 22 districts are still affected and continue to suffer from the flood leaving a population of more than 14 lakh at risk. Other than the human loss, over 40,000 hectares of cropland across 14 districts are also affected.

Commenting on this initiative, Sanjay Kr Gupta, managing director, Black Tiger Cement said, “By organising the flood relief camp in Barak Valley and Nagaon, we have tried to extend our support to the flood victims of Assam in our own simple way.”

“The Black Tiger Cement family would like to express our sadness about the hardship caused to so many people due to the devastating floods and we offer our deep condolences to the families who have lost loved ones, and to everyone affected in the recent flooding,” Gupta further added.

According to the ASDMA report, Cachar in Barak Valley continues to be the worst-affected district for the past several days with nearly 6.69 lakh people affected, while over 3.63 lakh people in Nagaon are still suffering due to the calamity.