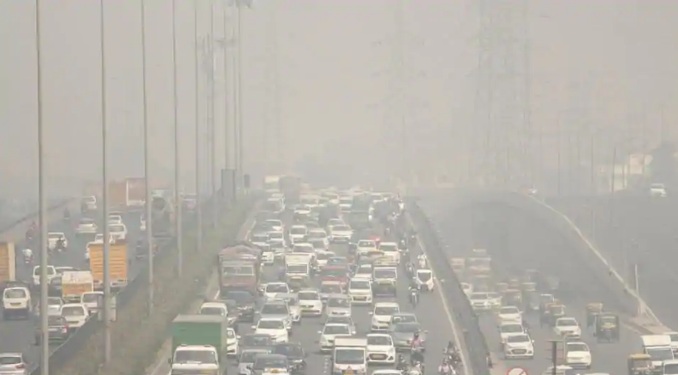 Delhi witnessed a foggy morning on Monday as the air quality continued to remain “very poor” and the minimum temperature was recorded at 7.6 degrees Celsius, a notch below the season’s average.

According to System of Air Quality and Weather Forecasting And Research (SAFAR), the level of PM2.5, fine particulate matter in the air with a diameter of less than 2.5 micrometre, was recorded at 201, ‘very poor’ category, and PM10 level at 336 in the ‘poor’ category at 8am.

SAFAR predicted the air pollution to increase over the next two days and remaining in the upper level of “very poor” category.

“An increase in pollution over the coming two days is expected to the upper level of very poor which may recover only by Wednesday if sufficient amount of rain occurs as expected,” SAFAR said in its daily pollution analysis.

The central agency said the overall air quality in the capital was “very poor” at present with surface winds calm and dispersion remaining low.

“Western disturbances influence may impact Delhi air quality by introducing the moisture and making air heavy. The expected fall in temperature and moderate fog is likely to bring down the inversion layer to keep both gaseous and particulate pollutants near the surface.”