‘I used to live in a jungle alone for 5 days every year’: PM Modi 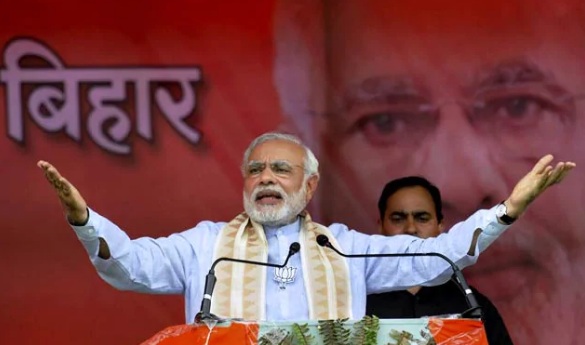 Prime Minister Narendra Modi has some advice for everyone, especially his ‘young friends’.

In an interview with the popular Facebook page The Humans of Bombay, the Prime Minister has said he would go ‘somewhere in a jungle – a place with only clean water and no people’ for five days during Diwali every year to reflect on his life.

‘Which is why, I always urge everyone, especially my young friends, in the midst of your fast-paced life and busy schedules, take some time off…think and introspect. It will change your perception – you will understand your inner self better,’ Modi said in the third part of the interview.

‘You will start living in the true sense of the word. It will also make you more confident and undeterred by what others say about you. All of these things will help you in times to come. So I just want each and every one of you to remember that you are special and that you don’t have to look outside for the light…it’s already within you.’

The Prime Minister had talked about his childhood, inclination towards the Rashtriya Swayamsevak Sangh (RSS) and his two-year-long trip to the Himalayas when he was 17 years old in the earlier interviews.

In Tuesday’s post, Modi talks about what he did after he came back.

‘After coming back from the Himalayas, I knew that I wanted my life to be one that is lived in the service of others. Within a short span of returning, I left for Ahmedabad. It was my first brush with living in a big city – the pace of life was very different. I began my time thereby occasionally helping my uncle at his canteen,’ he said.

‘Eventually, I became a full-time Pracharak of the Rashtriya Swayamsevak Sangh. There, I got the opportunity to interact with people from different walks of life and do a wide range of work. We all took turns to clean the RSS office, prepare tea and food for colleagues and clean utensils,’ he said.

After that, Prime Minister Modi said, he was busy but he did not want let go of ‘the sense of peace that I achieved’ in the Himalayas. He said he decided to take some days off each year so that he could introspect and maintain a balanced life.

‘Not many people know this, but I would go away for the 5 days of Diwali. Somewhere in a jungle – a place with only clean water and no people. I would pack enough food to last for those 5 days. There would be no radios or newspapers, and during that time, there was no TV or internet anyway,’ he said.

‘I would reflect – and the strength that this alone time gave me still helps me to handle life and its various experiences. People often asked me, ‘Who are you going to meet?’ And I would say, ‘मैं मुझसे मिलने जा रहा हूं।”