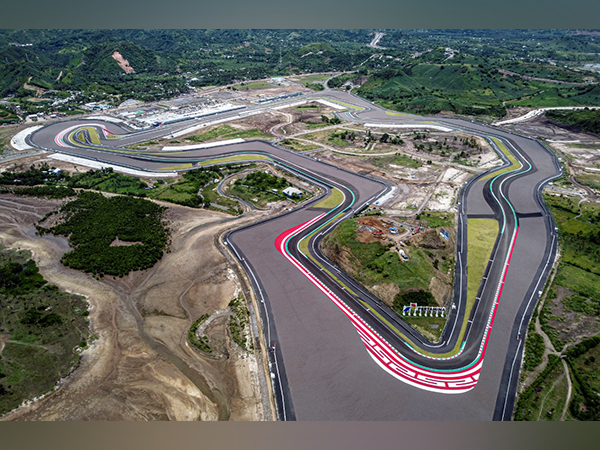 In a significant boost for Indian motorsports, India will host the maiden Moto GP World Cup Championship race in 2023, named ‘Grand Prix of Bharat’, at the Buddh International Circuit, Greater Noida.
Riders from as many as 19 countries will participate in the event, which will provide a major boost to tourism in the country.
Buddh International Circuit last hosted the international event-Formula 1 Indian Grand Prix, held for three consecutive years from 2011 till 2013- and now will host the maiden Moto Gp race at home.

Carlos Ezpeleta MD, Drona Sports, commercial rights holder of Moto GP told ANI, “Well we know that India is a hub and we pretty sure that we will find many more fans of this Moto GP here we are delighted to be part of India now and soon we will turn this into reality.”
“We have a long way programme and a vision for this we knew that F1 packed up soon from India but we will come here with a great plan and we hope this race goes long,” he added.
“We have a great plan and thanks to Chief Minister of Uttar Pradesh Yogi Adityanath that he helps us in many manners and allow us to introduce this league in UP, we also ensure them that UP will have 50k jobs after this race introduces in India and tourism also grows because if someone coming for seeing this race then he probably goes Agra, Kashi, Lucknow,” Pushkar Nath, COO fair street sports, told ANI. (ANI)