Indian Railways approves strategically important ladakh railway line, would be the highest in the world. 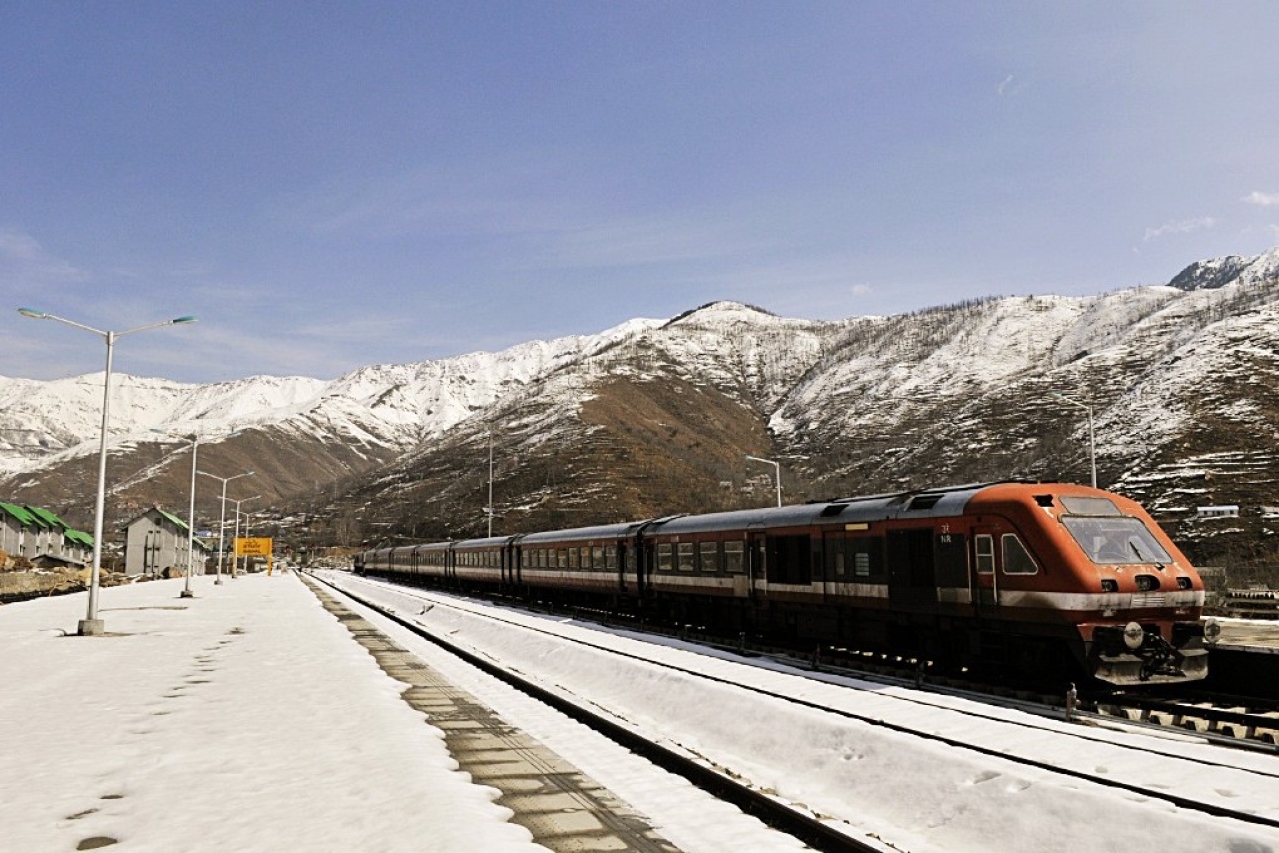 Indian Railways has started work on the world’s highest railway line which will connect Ladakh with New Delhi. The Indian Railways have already finished the first phase of the location survey of the strategic and very important Bilaspur-Manali-Leh line which is near the India China border. It has been proposed by the Indian Railways that this project be given the status of a national project. This is also one of the most difficult projects undertaken by the railways till date when the terrain and the height on which the tracks have to be laid are taken into account. The total estimated cost for this railway project which in total will extend to 498 kilometres, will be around Rs 83,360 crores. The highest point in the project when it is completed will be of 5,360 metres above mean sea level. The closest competitor to it will be the Qinghai-Tibet Railway line in China which is at a height of approximately 2,000 metres. The project once finished will give Indian defense agencies a strategic edge over the Chinese in case of an altercation in the future.

The railway line project will cut the time taken for movement between Delhi and Leh by almost half. The whole track laid down will be in broad gauge, resulting in easier transportation between Bilaspur in Himachal Pradesh to Leh in Ladakh region of Jammu and Kashmir. The project will serve as an extensionof the Kangra Valley Railway to Mandi. The movement between the national capital Delhi and Leh will come down to 20 hours from the 40 hours which it takes at present. According to findings from the first phase of the survey, the ambitious project is scheduled to have 74 tunnels, 124 major bridges and 396 minor bridges. The trains running on the Bilaspur-Manali-Leh line will run at a maximum speed of 75 kilometres per hour, a great speed considering the elevation which is predominant in the terrain. The project undertaken by Indian Railways will initiate a new era of connectivity in the region and will hopefully make it accessible for the better part of the year. This will be a major boost considering that presently large parts of the Leh Ladakh region remain cut off from the mainland in winters due to extreme conditions.