In the digital age, there’s an app for everything, including an app to delete other apps.

A few days ago, Sonam Wangchuk, whose work inspired Vidhu Vinod Chopra’s ‘3 Idiots’, posted a video on YouTube saying that Indians should boycott everything Chinese to take revenge for rising tensions between India and China.

As the world struggles to deal with the imminent threat of the deadly coronavirus pandemic, Chinese and Indian troops seem to be heading towards a face-off along the Line of Actual Control or LAC. Both countries have sent troops to the border and aggression seems to be on the rise.

Wangchuk believes that the only way to defeat China is by using “wallet power.” In the video, he says that while our soldiers are fighting Chinese troops on the border, we are buying Chinese products and goods which in turn gives China more money to invest in their army.

Not just Wangchuk, many Indians have been harbouring hatred for the Chinese and everything originating from China from the very beginning of the coronavirus pandemic. Several even wanted to take revenge against China for the same. In fact, many Indians have been searching on Google– how to delete or remove Chinese apps from their phones. Take a look at Google trends.

And now, taking advantage of this sentiment, app developers One Touch AppLabs have launched an application, ‘Remove China Apps’. The app does exactly what the name suggests. When you download the app, you can run a scan through your phone. It will detect the Chinese apps on your phone and give you an option to delete them. If you click on the red bin icon next to the concerned app, it will uninstall the app from your phone. 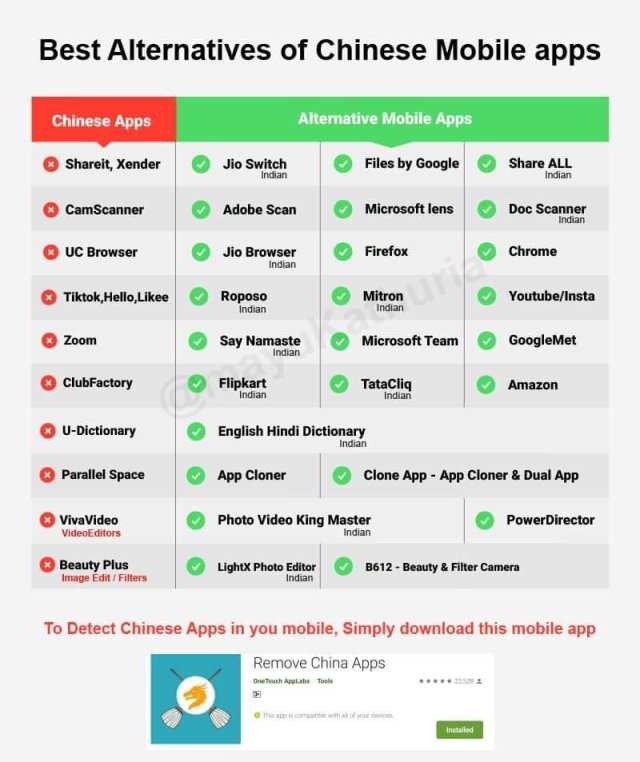