JMCH Radiology dept semi functional due to breakdown of equipment 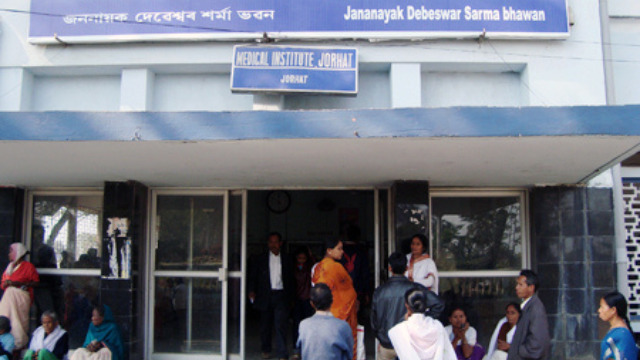 Patients at Jorhat Medical College and Hospital are facing problems due to equipment at the Radiology department becoming dysfunctional at frequent intervals.

The source said the need for replacement of the said part has been intimated to the higher authorities of the government and it is expected to reach the institute in a day or two.
The MRI machine too is said to be having breakdowns at short intervals.
The source said, adding that as a result of the breakdown of the machine, most of the patients in the Radiology department have to wait for a long time to get themselves tested.
The source said that in view of the machines of the Radiology department being installed many years ago, they needed to be replaced by new ones.

The source also pointed out that the neurosurgery department had no doctors and Cardiology had only one doctor.
When contacted JMCH superintendent Dr (Professor) Purnina Baruah said that the highest authority of the government had been intimated about the necessary requirement of the Radiology department for smooth functioning.

The rates of radiology tests are cheaper in JMCH than those in private labs. JMCH caters to several districts of upper Assam and also from neighboring Nagaland.