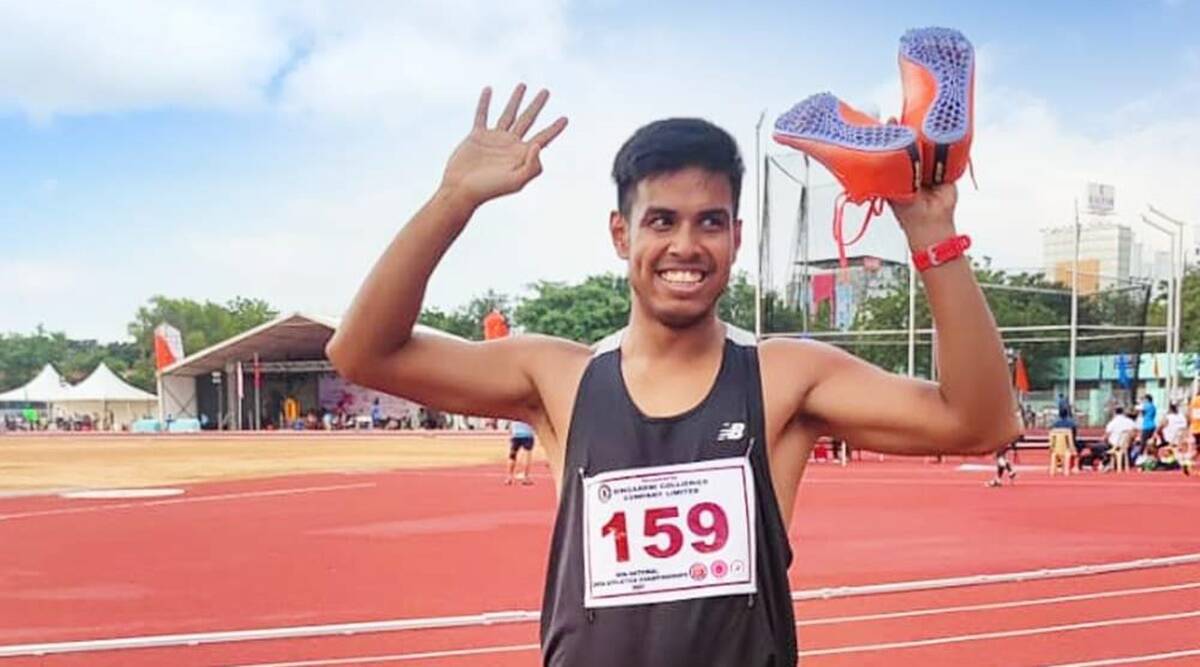 On National Sports Day, Indian sprinter Amlan Borgohain became the fastest Indian alive after he completed a 100m race in just 10.25 seconds to shatter the national record. He achieved the feat on Monday, at the All India Inter Railways Athletics Championships in Raebareli.

Amlan surpassed the previous best Men’ 100m national record held by Amiya Kumar Mallick (10.26s), which was created in 2016. Amlan hails from Assam, and he also holds the national record in 200m as well.

The 24-year-old is now the fastest Indian man after surpassing Amiya Mallick’s record by 0.01 seconds. Amlan holds the national record in both sprint events, and by virtue of his latest attempt, he even surpassed his previous best of 10.34 seconds, which he had clocked at the National Open in Warangal in 2021.

Who is Amlan Borgohain?

In his childhood, Amlan played a lot of football. His idols were Cristiano Ronaldo and Sunil Chhetri. However, as a teenager, he used to get injured very often, after which Amlan’s mother suggested him to try his hand in some other sport.

He took up athletics and since then, there was no looking back. In 2019, during a tournament, James Hillier the head coach of High-Performance Athletics Centre in Bhubaneshwar saw Amlan and since then the youngster has been training under Hillier’s watchful eyes.

During an interview with the Indian Express, Amlan had revealed, “My mom asked me to either switch to a different sport or quit entirely. Playing football wasn’t an option anymore. It was a tough decision to make.”

It ended up being the best choice he’d make as he shattered the national record in 200m earlier this year, by clocking 20.52s at the Federation Cup.