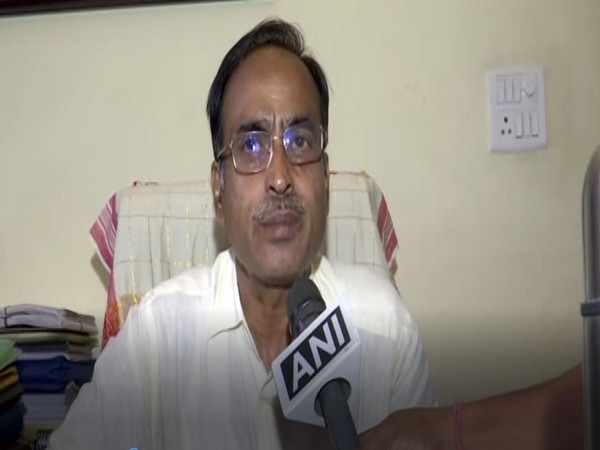 With the National Register of Citizens (NRC) process underway to detect the illegal foreigners residing in the country, the suspended Congress MLA of Assam Sherman Ali Ahmed on Friday claimed that there are no “illegal” Bangladeshi Muslims in the state.
Sherman, who represents the Baghbar assembly constituency in lower Assam’s Barpeta district said that the past records of voter lists and NRC list has revealed that there are no illegal Bangladesh Muslims.

“If there are illegal Bangladeshi Muslims in Assam, what the government is doing? Are they cowards? They (BJP) have a strong ministry at the Centre and they are ruling in Assam for the last seven years. If these people (living in Char areas) are Bangladeshi, why they have not been deported back to their country? These cowards even failed as a sign of repatriation accord with Bangladesh. They should detect the people and send them to Bangladesh,” Sherman Ali Ahmed said while talking to ANI.
Accusing the Central government of doing “dirty politics”, Sherman further said that it will take the state many miles “back”.

“From 1971, it’s been almost 40 years now. Prafulla Mahanta ruled for 10 years, there was three more revision of the voter list, and then NRC comes. When the NRC draft was published, everybody was jubilant. All Assam Students’ Union (AASU) and other people distributed sweets. Amit Shah declared in the election meeting that we have detected 40 lakh, Bangladeshi immigrants. When the same NRC has come to a conclusion with only 19 lakh people left out from the NRC out of that 5-6 lakh are Muslims, and now they are turning back. They are saying that this is not the correct process. This is merely dirty politics and it will take the state many miles backwards. But from the past records, it is seen that there is no Muslim Bangladeshi in Assam,” Sherman Ali Ahmed, the suspended Congress MLA said.

He further ridiculed the statement made by BJP MLA Rupjyoti Kurmi in the Assam assembly during the winter session where he claimed that the people who are living in the Char areas (sandbars) cause the flood in the state.
“I reacted by laughing. I request the Speaker of the Assam Legislative Assembly to announce an award for the best comedian, and if this happens, the first award will go to Kurmi for his depth of knowledge. We feel ashamed because our people elected this type of joker,” Sherman said.
He also requested Assam Chief Minister Himanta Biswa Sarma for paying attention to the education, healthcare, communication, control of river erosion and rehabilitation of Char people.

“As per the survey report of the Assam government in 2002-03, it has been observed that out of the 24 lakh people living in the Char areas only 4 lakh people are literate. No High School is even within 10-20 sq km in my constituency. The Char dwellers are deprived of all fronts starting from education, health, and communication and the most harmful is the erosion of the Brahmaputra and other tributaries. After post-independence, the government has taken no steps at all in all these fronts to develop in the Char areas,” he said, adding “Assam Chief Minister has a dream to elevate the state into the five most developed states of the country. I would like to request the Assam Chief Minister if you are really dreaming to achieve this, then please do whatever is needed for the development of Char dwellers starting from education, healthcare, communication, control of river erosion and rehabilitation of Char people. Neglecting, ignoring the population, then dreaming of elevating Assam into one of the five developed states will not be fulfilled,” Sherman Ali Ahmed said. (ANI)