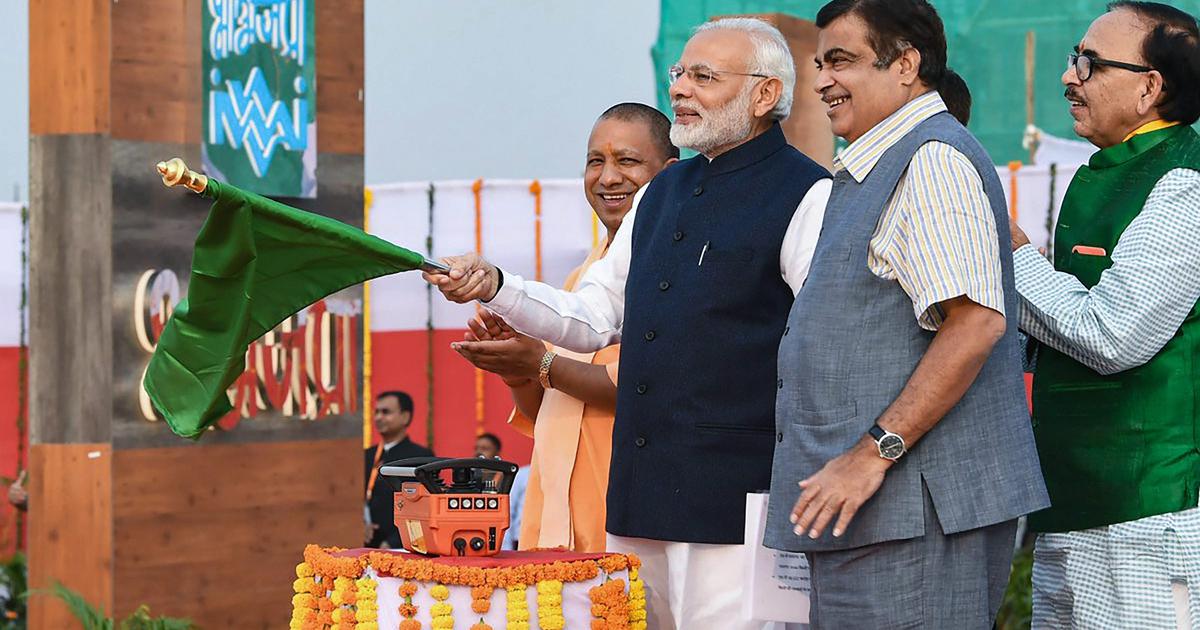 Prime Minister Narendra Modi, in his parliamentary constituency Varanasi, inaugurated the first multi-modal terminal on River Ganga on Monday. Modi was welcomed by Uttar Pradesh chief minister Yogi Adityanath and other dignitaries upon his arrival. Union minister Nitin Gadkari joined them during the inauguration ceremony of the terminal project.

After the ceremony, Modi was briefed about the project by officials. The inland waterway terminal is the first of the four multi-modal terminals being constructed on River Ganga as part of the World Bank-aided Jal Marg Vikas project, which aims to develop the stretch of the river between Varanasi and Haldia for navigation of large vessels weighing up to 1,500 to 2,000 tonnes. The other three terminals are under construction at Sahibganj, Haldia and Gazipur. The project would enable commercial navigation of vessels with capacity of 1,500-2,000 deadweight tonnes (DWT) on the river.

The total estimated cost of the project is Rs 5,369.18 crore, which will be shared between the Government of India and the World Bank on a 50:50 ratio.