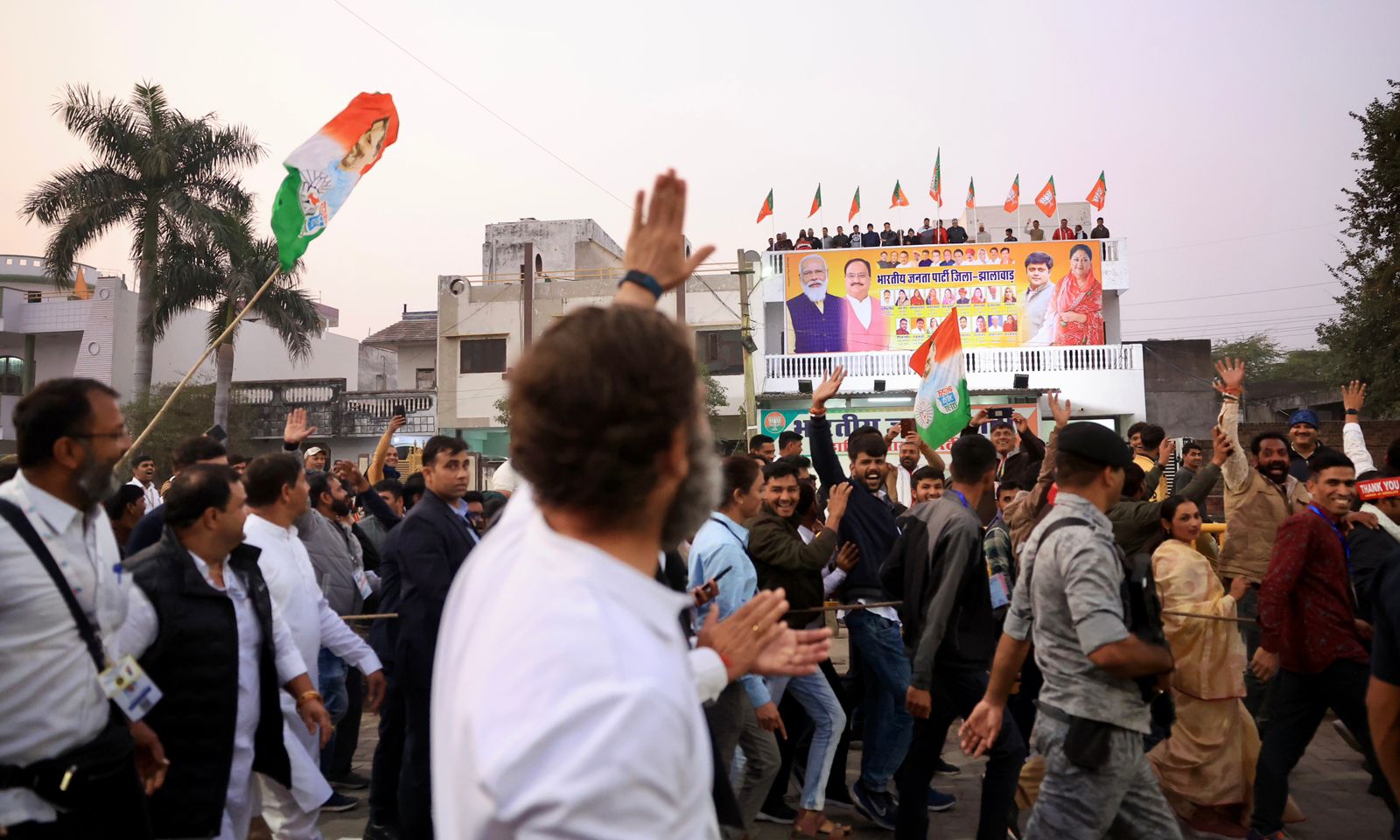 Congress leader Rahul Gandhi blew kisses and waved as he passed a BJP office this morning during his Bharat Jodo Yatra in Rajasthan’s Jhalawar. In a video, he was seen waving at people on the rooftop of the office, holding up BJP flags, with a big smile. Many of them were seen waving back.

Jhalawar is the home turf of former Chief Minister Vasundhara Raje of the BJP. Ahead of next year’s Rajasthan election, Rahul Gandhi’s yatra route cutting through a BJP stronghold is significant.

A little after 7 am, when Mr Gandhi was walking on the highway that connects to Kota, his attention was drawn to what his companions described as a “brightly lit house” and several people standing on the terrace.

It turned out to be the office of BJP MP Dushyant Singh, the son of Vasundhara Raje. The building was decorated with lights and BJP flags. Right outside it was a giant billboard starring Prime Minister Narendra Modi, BJP president JP Nadda, Vasundhara Raje and Dushyant Singh.

Mr Gandhi was seen blowing kisses at the banner and he reportedly urged others in his entourage to do the same.

Sachin Pilot, who was walking with him, and minister Ram Lal Jat took the cue and waved.