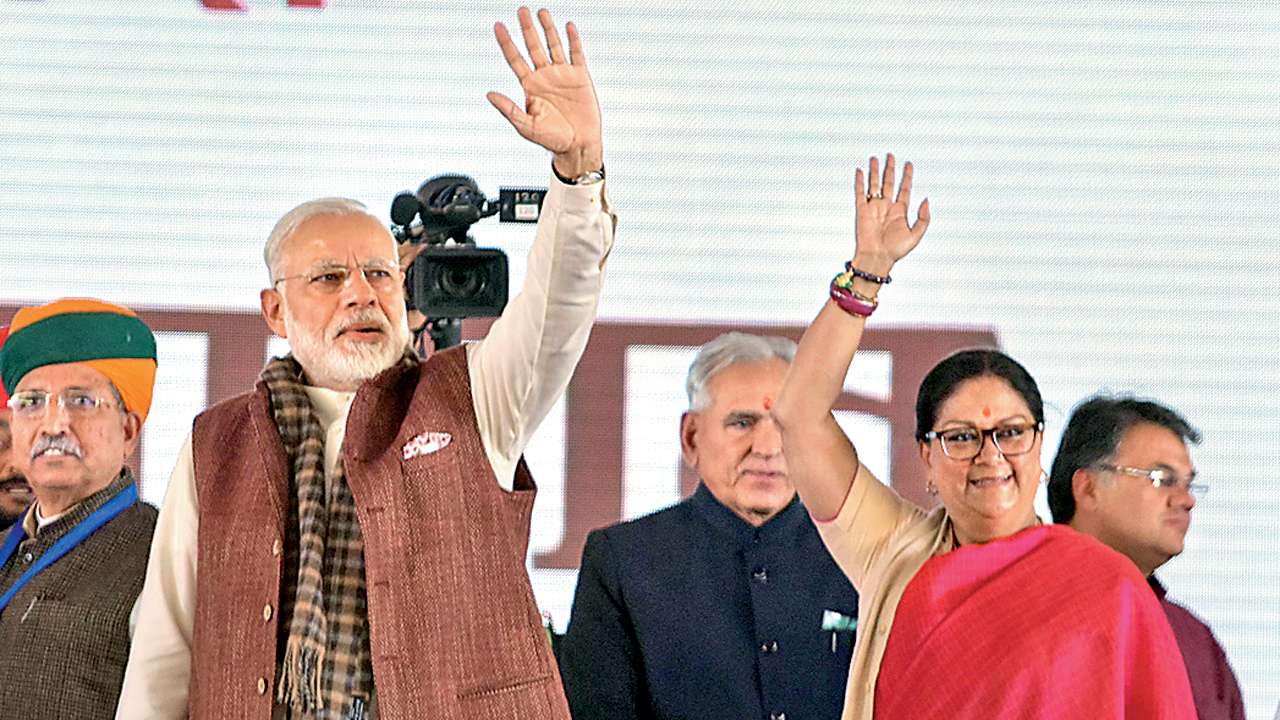 With opinion polls predicting a tough time for the BJP in Rajasthan, Prime Minister Narendra Modi is all set to address around a dozen election meetings in the state ahead of the December 7 Assembly polls, where the party is seeking a second consecutive term.

Party officials said Modi will begin campaigning on November 25 from Alwar district which has 11 Assembly constituencies. The BJP has axed seven out of the nine sitting MLAs including minister Hem Singh Bhadana in the district.

The BJP lost the by-poll in Mundawar, one of the nine seats, which was held after the death of its MLA Dharmpal Chaudhary. The saffron party had also lost badly in the by-poll to the Ajmer Lok Sabha constituency held earlier this year.