New Delhi: Sikkim’s tableau at the Republic Day parade displayed the Pang Lhabsol festival which is unique to Sikkim, aiming to pay homage to the guardian deity of the state, mountain Kanchenjunga, which is believed to have been protecting the holy land since ages.

The foremost part of the tableau showed the idol of the deity, the mountain Kanchenjunga and the middle part showed the prayers offers to the deity. 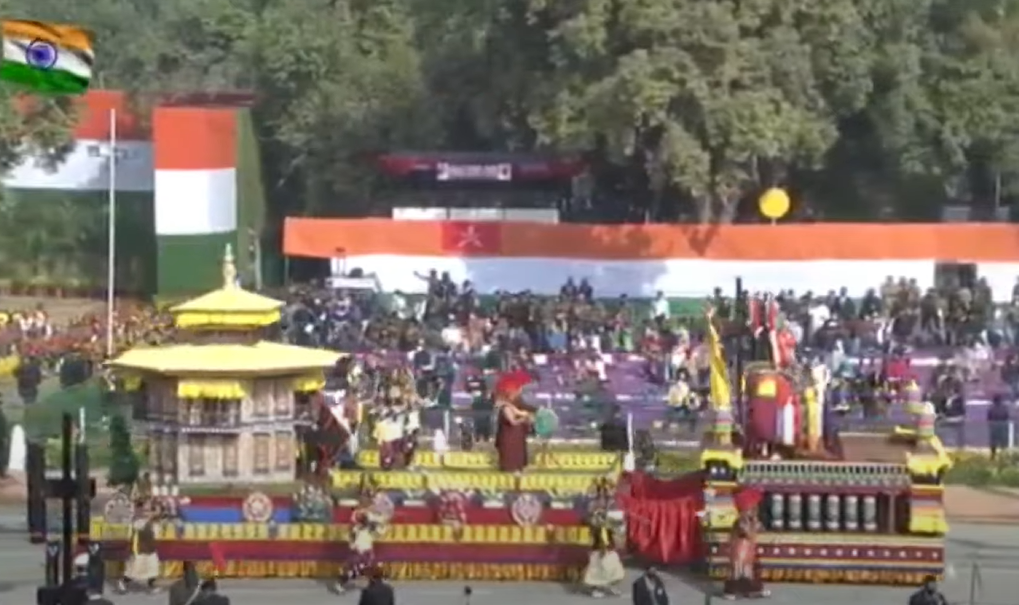 Every year on the 15th day of the 7th month of the Lunar calendar (August/September), the festival of Pang Lhabsol is celebrated to pray to the mountain deity to continue the protecting Sikkim.

The most famous dance of Sikkim ‘Pang-Toed Chaam’ is also displayed along with the tableau by the artists, which aims at invoking the guardian deity. (ANI)