“Stand With Government, No Other Discussion”: Rahul Gandhi On Pulwama 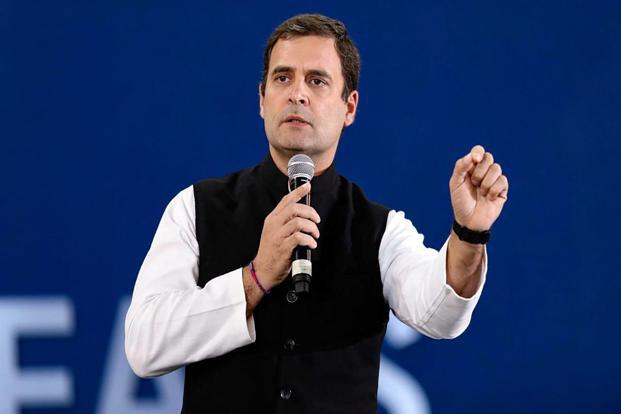 He firmly shut down questions on political controversies, saying it was not the time or place.

“No force, no amount of hatred or anger can do even this (gesturing with his thumb and forefinger joined) to the love and affection our country is built on,” he said.

On Thursday, in the worst attack on forces in Kashmir, a terrorist rammed buses in a large convoy of CRPF (Central Reserve Police Force) on the Jammu-Srinagar highway with a car carrying 350 kg of explosives.

“I want to close this by saying the entire Congress party and most of the opposition in this difficult time stand with the jawans and the government. We are not going to get into any other conversation,” said the Congress chief.

Former prime minister Manmohan Singh, who addressed the press along with Rahul Gandhi, echoed that it was not the time to raise any contentious issue. “Today is a day of mourning. Our country lost 40 jawansand our foremost duty is to convey to the families of those injured, we are with them in condemning this act of terrorism. Whatever the country requires, we will work as a united nation,” said Manmohan Singh.

Earlier, Prime Minister Narendra Modi had called for parties to rise above politics and stand united to defeat the enemy. “I understand the sentiment of those criticising us, I want to urge them, it is an emotional time, stay away from political one-upmanship,” PM Modi said.