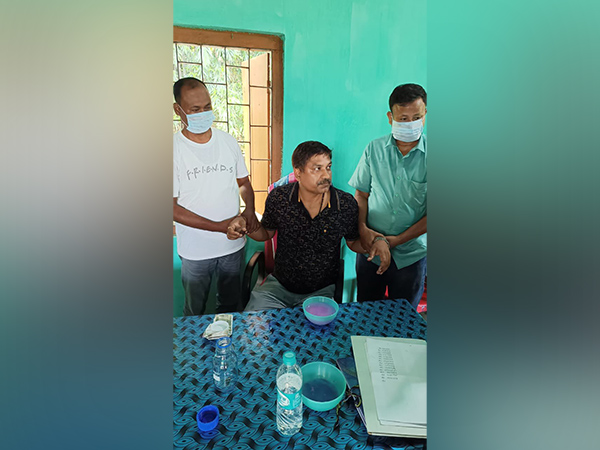 A team of Directorate of Vigilance and Anti-Corruption of Assam police on Wednesday caught red-handed and arrested an assistant Block Development Officer for taking bribe in the Darrang district.

“Unwilling to pay the bribe, the complainant approached the Directorate for taking necessary legal action against the above-mentioned public servant. Accordingly, a trap was laid today by a team of the Directorate of Vigilance and Anti-Corruption, Assam, in the office of Dhula Gaon Panchayat and Sujit Thakuria, was caught red-handed in the office, soon after he accepted the bribe amount of Rs 4,000 from the complainant,” Rajib Saikia said.

It may be mentioned that the accused public servant had concealed the bribe amount in his left shoe which he was wearing.
“The tainted bribe money has been recovered from his possession and accordingly it has been seized in presence of independent witnesses. A case was registered in ACB Police Station on 14/09/2022 vide ACB P.S. Case No. 39/2022 U/S 7(a) of Prevention of Corruption Act, 1988 (as amended in 2018) against Sujit Thakuria,” the CPRO of Assam police said.