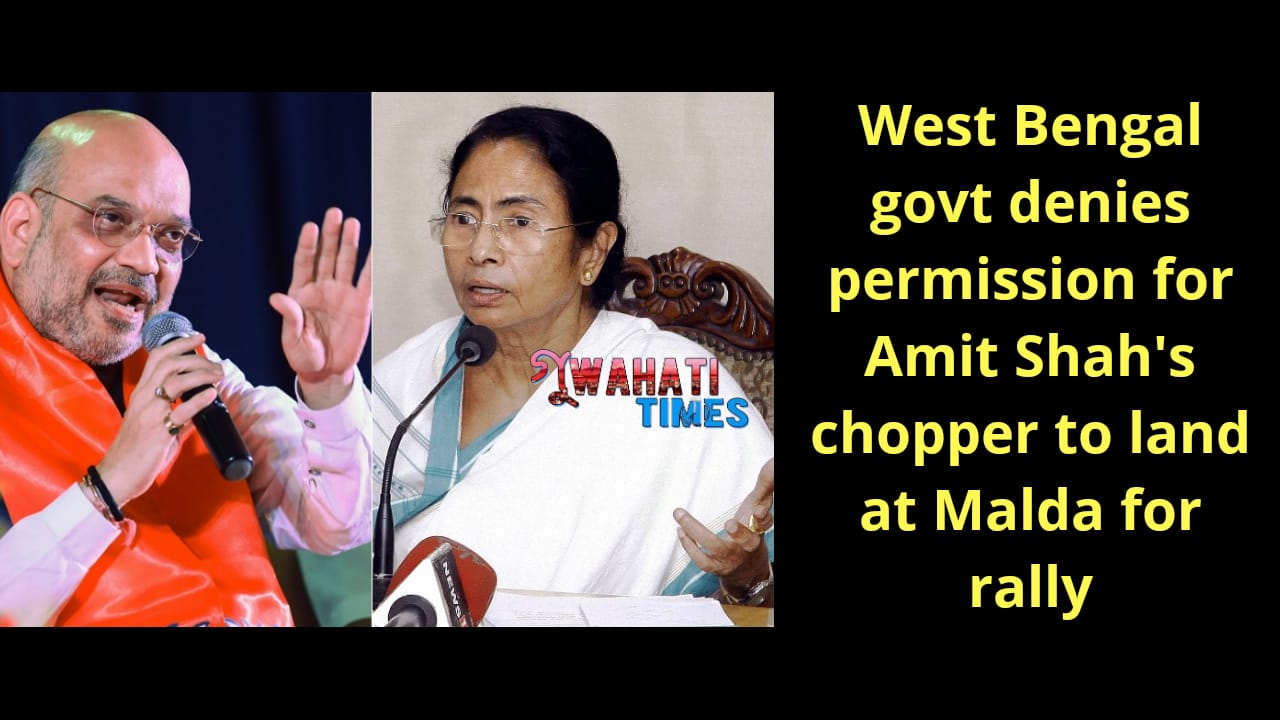 The West Bengal government has denied permission for BJP chief Amit Shah to use the helipad at the airport in Malda, where Shah is set to address a rally on Sunday. The Malda district administration has said the airport is not safe for passengers due to construction work, and that helipad is out of commission.

The denial of permission was communicated to the local unit of the BJP by Malda’s Additional District Magistrate on Friday.

“… this is to inform you that… up-gradation (sic) work at Malda Airport is going on in full swing. Huge quantity of fine sand, dust and GSB materials are lying all along the runway and stacked all around the site. Moreover, the temporary helipad is not maintained properly at present due to this on-going (sic) construction work. In this situation, Malda Airport is not suitable for safe landing of helicopter. Hence, granting of permission for landing of helicopter with VVIP on 20.09.2019 is not possible,” the district administration’s letter read.

The state unit of the BJP has hit out at the denial of permission, hinting that this could be a further play to block BJP leaders from holding rallies in the state. The Supreme Court on Wednesday had allowed the BJP to hold rallies across West Bengal even as it denied permission for the rath yatras the party had planned. The denial of permission had come on the basis of intelligence reports of the West Bengal, which the BJP has dismissed as ‘bogus’.

Speaking to reporters, West Bengal BJP leader Rathindra Nath Ghosh said the denial of permission had the signs of a conspiracy to put impediments n the BJP’s path. He pointed out that the helipad was being used for helicopter services twice a week. The state unit fo the party has now said it would identify other spots where a temporary helipad could be set up for Shah’s chopper to land.