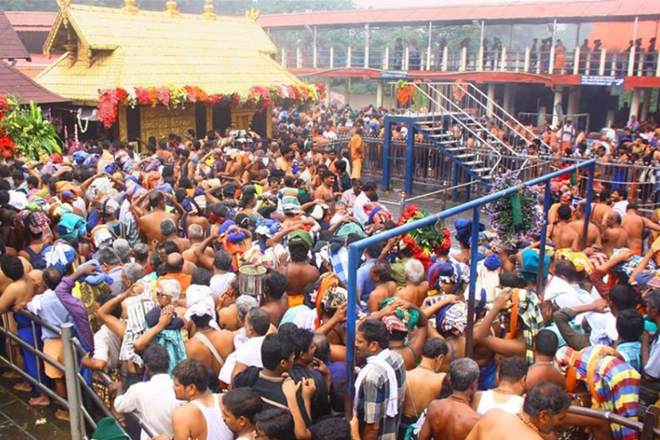 The Kerala government on Friday told Supreme Court that 51 women have entered the Sabarimala temple since the top court’s order in September turning down the age-old practice of denying entry to women of menstruating age.

This is the first time the Kerala government has given a consolidated number of the women who entered the shrine, dedicated to Lord Ayyappa, considered to be a celibate.

The state government’s statement came during hearing on a petition filed by two women who entered Sabarimala – Bindu Ammini and Kanaka durga. They had moved court seeking protection after living in hiding for more than two weeks. Kanakadurga was attacked by her mother-in-law on her return and landed in a hospital.

The Kerala government made an attempt to widen the scope of the petition by saying that 51 women devotees had entered the temple after the top court’s order.

However the court refused to get drawn in any other issue at the moment.

“We have made our point that court doesn’t feel it necessary to make any comment on any other matter,” CJI Ranjan Gogoi, who heads the bench, told the lawyer for Kerala.

The top court in an order in September last year had allowed women of all ages to enter the hill shrine, triggering protests by traditionalists.

Many women attempted to enter the temple but were either sent back from base camp or stopped near the sanctum sanctorum in much-publicised visits.