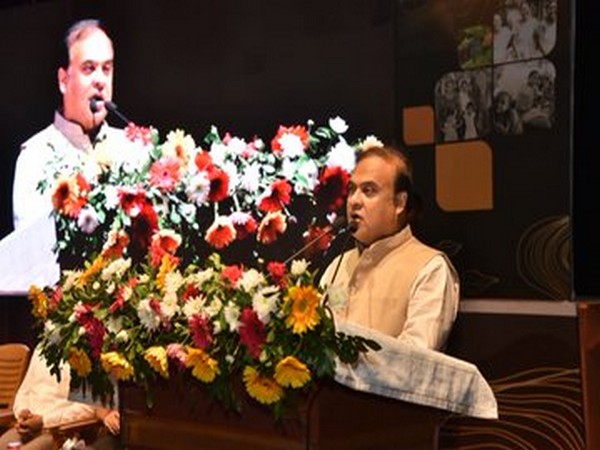 Assam Chief Minister Himanta Biswa Sarma on Thursday said with public participation, “Rashtriya Poshan Maah” can be made a people’s movement.
He was addressing a launch event of Rashtriya Poshan Maah 2022 under Poshan Abhiyan in a programme organized by the Women and Child Development Department of the Government of Assam at Srimanta Sankardeva Kalakshetra in Guwahati today.

Speaking on the occasion, Chief Minister Sarma said that following the vision of Prime Minister Narendra Modi to make the country free from malnutrition, the Government of Assam has been implementing a number of programmes to eradicate malnutrition and anaemia in the State.
“A State Project Management Unit has been set up for monitoring the implementation of Poshan Abhiyan in Assam. Six services under Integrated Child Development Scheme have been monitored by this unit that have played an important role in eradicating anaemia among pregnant women and adolescent girls, underweight and malnutrition in children,” Sarma said.

The Chief Minister further said that for effective implementation of ICDS services at the level of Anganwadi centres, a mobile application named ‘Poshan Tracker’ has been implemented across Assam.
“So far 61,690 mobiles have been distributed among anganwadi workers and they have been trained at the same time. Several ICDS services have been monitored through this app,” he said adding that till date 42,83,529 beneficiaries have been registered on the app.

Stating that the State government is making all possible efforts to encourage Jan Bhagidari (public participation) to turn the Poshan Abhiyan into a Jan Andolan (mass movement), the Chief Minister said, “a campaign called ‘Poshan Panchayat’ will be organized across the state during Poshan Maah this year. This is aimed at generating awareness about various nutritious foods, ways to prevent anaemia, maintaining hygiene during menstruation period, which are very crucial for women during pregnancy and breastfeeding.”

The Chief Minister said that adolescent girls will be made aware about precautions to be taken during menstruation and to prevent anaemia.
Moreover, Sarma said that through an initiative called Poshan Vatika, various activities will be taken up including plantation of medicinal trees at AWCs and schools, generating awareness about yoga for good health, conducting anaemia eradication camps for adolescent girls in tea gardens.

He also said that people will be made aware about locally available iron-rich food products, fruits and vegetables through cooking competitions.
The Chief Minister also stressed on promoting yoga among youth and urged parents and teachers to encourage them to practice yoga regularly.
Minister of Women and Chief Development Ajanta Neog while delivering a speech on the occasion highlighted various steps taken for the improvement of the health of children, adolescent girls, and pregnant women by the department in the state.
Chairperson of Women and Child Welfare Committee of Assam Legislative Assembly Suman Haripriya, Principal Secretary of Women and Child Development Department Mukesh Sahoo, MD SSA Dr. Om Prakash, MD ASRLM Trishna Baruah and several other dignitaries were present among others in the programme. (ANI)