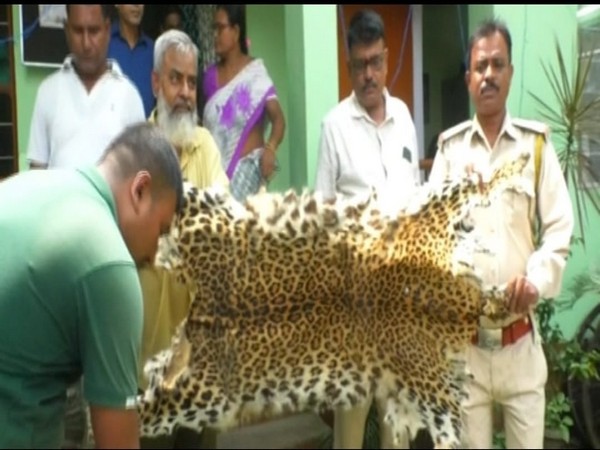 The forest officials in Assam on Wednesday recovered body parts of wild animals including two leopard skins in Nagaon district.

Based on the information of the forest department, the Nagaon Forest Division officials on Wednesday launched an operation at Doboka Namati and Kampur areas and recovered two leopard skins and some pangolin skins.

The Nagaon Forest Division official had registered a case in connection with the recovery.

Bhaskar Deka, District Forest Officer, Nagaon Forest Division told ANI that, they had launched the operation based on the information received yesterday from the PCCF (Principal Chief Conservator of Forests) and HoFF (Head of Forest Forces).

“After getting the information we went to the Doboka Namati where we detected some pangolin skin and leopard skin. We seized pangolin skins weighing about 10-12 kg and two leopard skins,” Deka said.
Earlier this month, forest officials in Assam caught three persons for their alleged involvement in the illegal rhino horn trade in Golaghat district.
According to the forest officials, the trio have been involved in the smuggling of rhino horns near Kaziranga National Park.
Assam forest department has been facing a new challenge to protect one-horned Rhinoceros in the state after a case of poachers using tranquillizers to remove rhino horn has come to light in Assam’s Orang National Park earlier this year.
According to the reports, poachers chopped off the horn without killing a sub-adult rhino in the national park.
The park officials had come to know about the incident on May 9 and found dehorned a sub-adult male rhino, aged between 10-12 years in Muwamari area inside the park. (ANI)