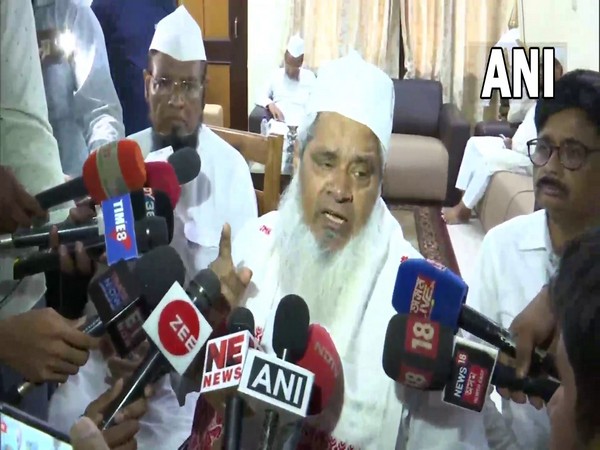 Slamming the Bharatiya Janata Party for targeting Muslims, All India United Democratic Front (AIUDF) Chief and Lok Sabha MP Badruddin Ajmal on Wednesday said that the Assam government should stop its bulldozer drive against Madrasas in the state and warned that they will approach the Supreme Court against the drive.

AIUDF supremo further said that the BJP-RSS are “targeting” Muslims.
“We can’t accept the Assam government’s bulldozer drive against the Madrasas in the state. It should be stopped. If necessary we will move to the Supreme Court or any other against it,” Ajmal told ANI.

“These Madrasas educate the poor. Several of these have been made after the collection of money for 20-30 years. And they bulldoze them in a day,” Ajmal added.
Ajmal said that only culprits should be arrested as per the law.

“State has lakhs of schools, if an individual is found to be a criminal then they are the ones who are arrested. It should be the same for Madrasas, only culprits should be arrested.”
“There may be some anti-social people in the Muslim community and the government should take action against the bad elements. We have no issue with it. But use a bulldozer in Madrasa can’t be accepted,” Ajmal added.

Meanwhile, authorities in Assam on Wednesday demolished a madrassa in the Bongaigaon district after allegations that its premises were being used for terror activities.
Several bulldozers were seen conducting the demolition of the Markazul MaArif Quariayana Madrasa located at Kabaitary Part-IV village, which falls under Jogighopa Police Station. The Bongaigaon district administration deployed security personnel in force in the area.
This is the third madrasa to be razed by the Assam government following the arrests of 37 persons including the Imam and madrasa teachers on charges of being linked to terror outfits Al Qaida in Indian Subcontinent (AQIS) and Ansarullah Bangla Team (ABT). 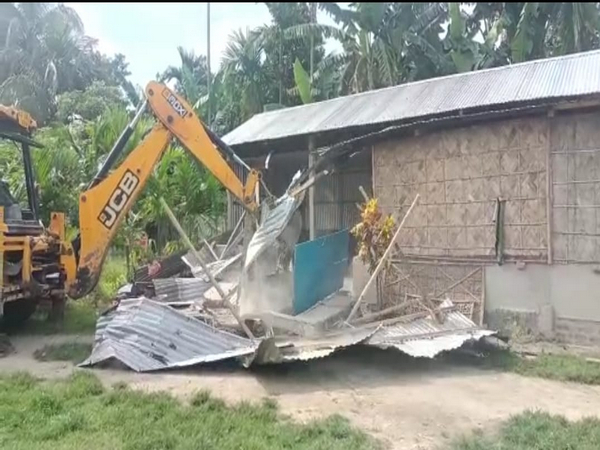 There were reports that some militants disguised as religious teachers had sneaked into the state and silently gone ahead with their subversive and anti-state activities.
Last night, 224 students were evacuated from the two-storied building and another structure that housed the teaching and assistant staff of the madrassa.

On August 30, the Goalpara District police conducted a search operation and seized several key documents including one leaflet of terror Ansarullah Bangla Team (ABT) in Bengali language and one logo suspected to be of AQIS.
Chief Minister Himanta Biswa Sarma said that some madrassa managements were not running the institution but were running a terrorist hub.
“This is the second madrasa we evicted as they were not running as an institution but were running as a terrorist hub. I don’t want to generalise, but we investigate and take appropriate action when a complaint of fundamentalism comes,” Sarma had said.

Recently, Chief Minister Sarma said in a press conference that, six Bangladeshi nationals who are members of Ansarullah Bangla Team (ABT) / Al-Qaeda Indian Subcontinent (AQIS), entered Assam in 2016-17 and Assam police had arrested one among them and five are still absconding.
For better surveillance, Assam Chief Minister reiterated that Islamic teachers coming into the state will be closely monitored and moreover the state was developing a portal where their details will be captured.

“We have laid down standard operating procedures. Locals must inform police if any religious teacher (Imam) coming outside of the state and are not known to them,” Sarma told reporters.
“Police will verify the person and then he can carry out his religious teaching in the Madrassas,” he said, adding that Muslims of Assam have been cooperating with the government in this process.

Assam currently doesn’t have any government-run madrassas as they have recently been converted into regular schools.
However, individual or privately-run madrassas continue to exist. (ANI)