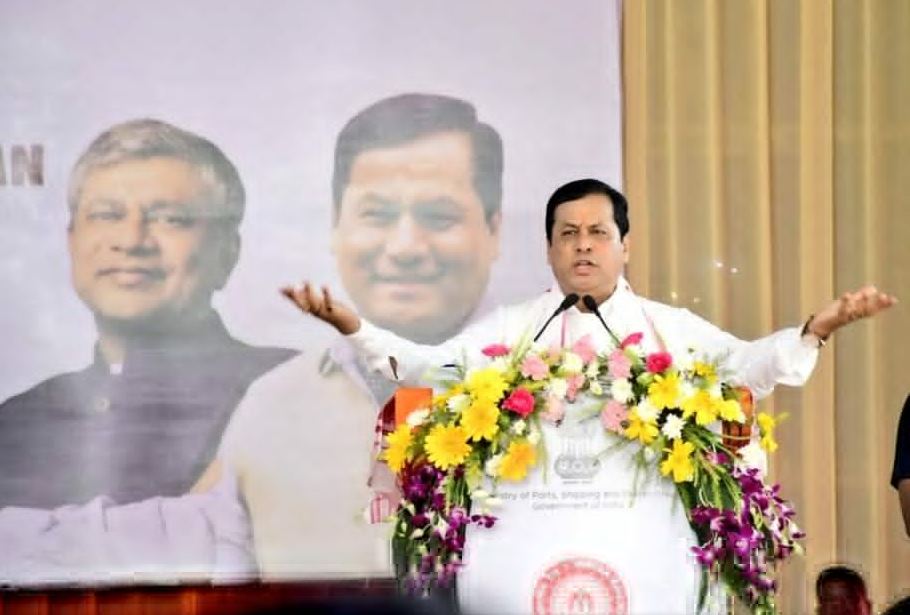 The Union Minister of Ports, Shipping & Waterways (MoPSW) and Ayush, Sarbananda Sonowal on Monday launched multiple projects for the development of the Bogibeel region near Dibrugarh in Assam. In this regard, the foundation stones were laid by the minister for construction of two floating jetties at Bogibeel and Guijan. The minister also inaugurated Bogibeel Riverfront Passenger Jetty here on Monday. The event was also attended by the Union minister of state for Petroleum & Natural Gas and Labour, Rameswar Teli; the chairman of IWAI, Sanjay Bandopadhyaya; and the general manager of NF Railways, Anshul Gupta among others.

The two floating jetties at Bogibeel in Dibrugarh district and Guijan in Tinsukia district will be constructed as state-of-art terminals using the most advanced & updated technology. Both the jetties are being constructed by IWAI over the National Waterways – 2 (NW-2), popularly known as River Brahmaputra. The work has been awarded to Coastal Consolidated Structures Pvt. Ltd on an EPC contract mode (engineering, procurement, construction). The two jetties are estimated to be built at a cost of Rs 8.25 crore and are scheduled to be completed by February, 2023.

The Union minister also inaugurated Bogibeel Riverfront Passenger Jetty which has been developed by the Northeast Frontier Railways (NFR) as part of Riverfront Development near the Bogibeel bridge. Further to this development, plans are afoot to construct an open platform, a restaurant, 8 bio-toilets and 6 awnings as part of the riverfront site. The entire structure has been constructed over railcolumns with angle frames covered by WPC board floorings. The estimated cost of the project was Rs 2.5 crore. A total of 3,560 square meters are being developed under this project. Following a meeting at the Bogibeel at the behest of the Union minister Sarbananda Sonowal, the Riverfront development work has been going on with a vision to make this area as a tourist hub in this region.

Speaking at the event, minister Sarbananda Sonowal, said, “The vision of our leader – Adaraniya Prime Minister Narendra Modi ji – is to harness the potential of an economic and ecologically sound logistics avenue of Inland waterways. The PM Gati Shakti National Master plan is exactly the key that we are using here today, to unlock the huge potential of inland water transportation in Assam using National Waterways 2, our river Brahmaputra. We must tap this opportunity and build an economic advantage which will power the whole of Northeast India as the New Engine of growth for India. Our government is also identifying avenues to promote inland navigation, river cruise tourism, and construction of suitable terminals across the Brahmaputra.”

The Union minister also added that India’s longest river cruise service will begin from early next year between Varanasi and Bogibeel, traversing a distance of more than 4,000 kms via Ganga, IBPR and Brahmaputra. This is going to usher a novel opportunity for people of Assam to use inland waterways to promote their trade & livelihood in tourism and cargo transportation.

Further to the floating jetties, ferry ghats, floating restaurants, public eating stalls, tourist visits, picnic spots, eco resorts and so on are also being planned. A permanent cargo terminal at Bogibeel is also being planned for conducive transport of cargo from the neighbouring industries like Brahmaputra Cracker & Polymer Limited, Brahmaputra Valley Fertiliser Corp, etc. A Detailed Project Report (DPR) is being done in this regard. The proposed tourist terminal in the vicinity of the Guijan Ghat is located on the banks of river Lohit.

The Project Influence Area (PIA) for Bogibeel terminal is the upper part of Assam which forms the Dibrugarh and encompasses districts of Golaghat, Jorhat, Sibsagar, Dibrugarh, Tinsukia and parts of Nagaland. The PIA is marked by the presence of the paper industry, coal deposits, food processing units, tea estates, fertiliser production units and refineries. Similarly, the huge potential of inland navigation, river cruise tourism on Lohit & Brahmaputra will be explored, development jetties along the way to be considered & the opportunity for an ecologically sensitive economic development of the region is aimed to be tapped.