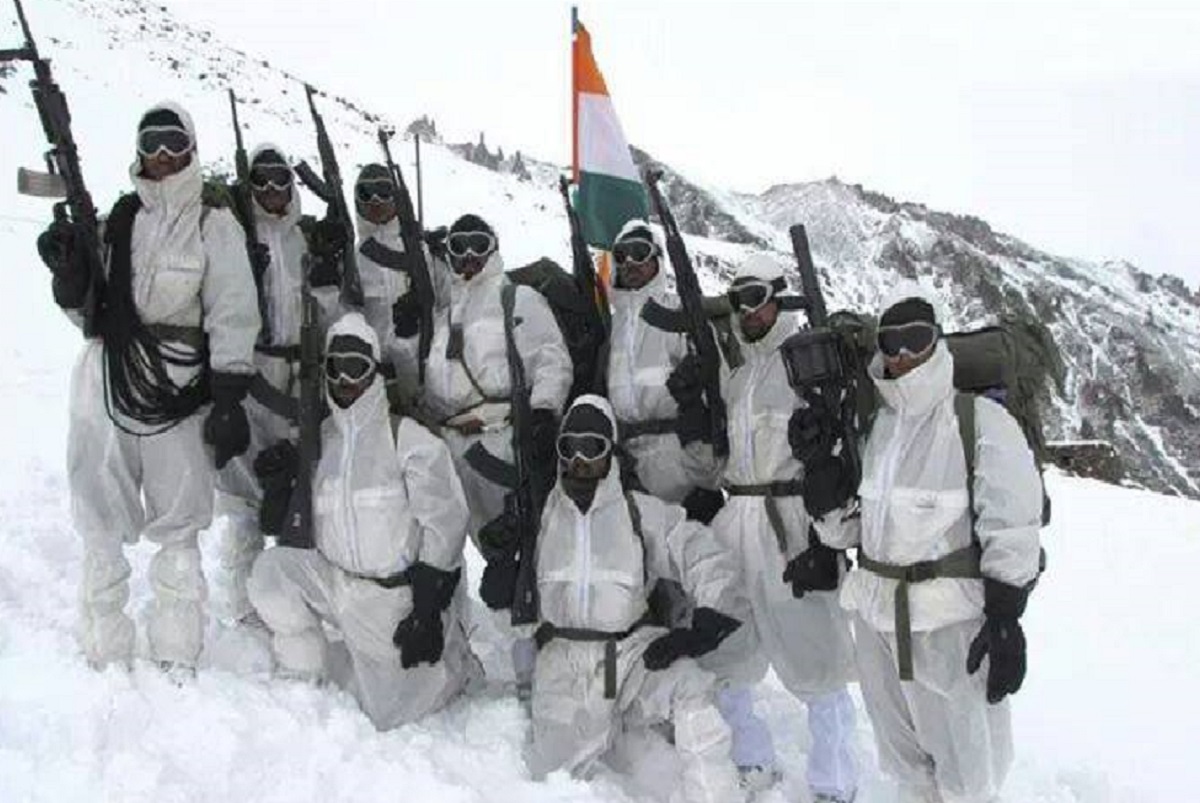 At the height of 18,000 feet and minus 30-degree celsius, Indo-Tibetan Border Police (ITBP) keeps the tricolour flying high on Republic Day in Ladakh.

This magnificent tableau of grit and patriotism was photographed in Ladakh as India celebrated the day on which its supreme law — the Constitution — came into effect on January 26, 1950.

The ITBP is a specialised mountain force — most of whose officers and men are trained mountaineers and skiers — and guards the border from Ladakh’s Karakoram Pass to Jachep La in Arunachal Pradesh.

India displayed its military might and rich cultural diversity during the dazzling 70th Republic Day parade in the Capital which for the first time saw veteran soldiers of the Indian National Army walking down the Rajpath.

Meanwhile, the Border Security Forces exchanged sweets with their Bangladeshi counterparts in Fulbari, at Indo-Bangladesh border near Siliguri in West Bengal.

Fifty-eight tribal guests from various parts of the country, 22 tableaux of states and central government departments and performance by school children were part of the 90-minute dazzling Republic Day parade.

For the first time in the history of the paramilitary, an all-women contingent from the Assam Rifles participated in the parade.