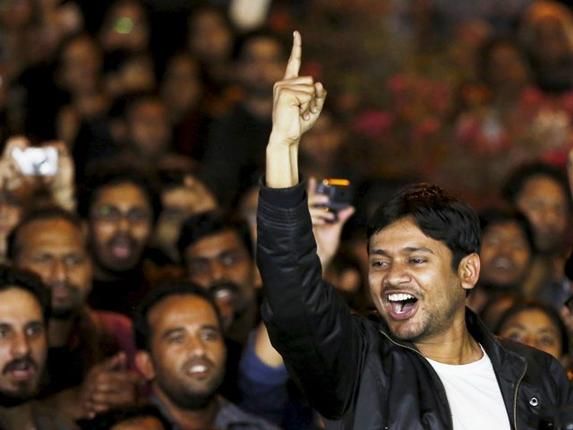 Delhi court on Saturday slammed police for filing the 1,200-page chargesheet against former JNU students’ union (JNUSU) president Kanhaiya Kumar and others in the 2016 sedition case without approval from the Delhi government.

“Why did you file [the chargesheet] without approval? You don’t have a legal department,” the court said.

The court is likely to resume hearing on the matter soon.

The Delhi Police on Monday (January 14) filed the chargesheet at a city court against Kanhaiya Kumar and others, saying he was leading a procession and supported seditious slogans at an event in February 2016.

We will not take cognisance until the government allows it, the court told the police.

In response, the police told Metropolitan Magistrate Deepak Sherawat they would procure the required sanctions within ten days.

According to sources, the Delhi Police had approached the government for sanction approval on the same day they filed the chargesheet.

The Delhi government is, however, yet to give its approval for the sanctions.

The government, in fact, on its part, has denied getting any file seeking prosecution sanction in any JNU related case.

If Delhi Police is making any such claim, it is a complete lie and they are hiding something, the government said.

Section 124-A of the Indian Penal Code or Sedition requires a prior sanction from a competent authority. And in case the sanction is not given, the court can raise objections after looking at the contents of the chargesheet.

Till the time the government doesn’t give a sanction, the Patiala House Court can’t take cognisance of the charge sheet, the officials said.