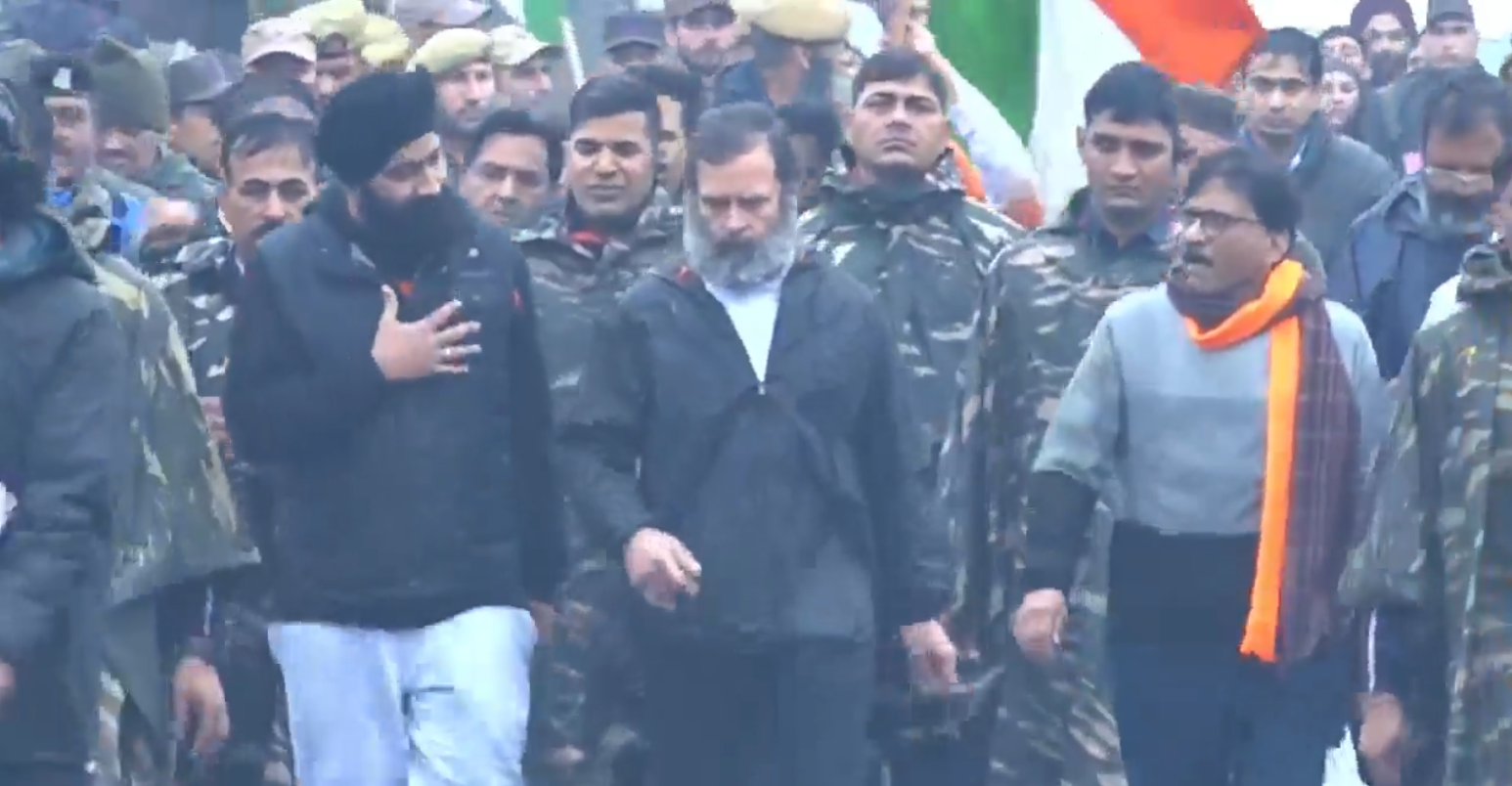 Congress MP Rahul Gandhi, who is leading a pan-India foot march ‘Bharat Jodo Yatra’, on Thursday entered Jammu from Punjab for the last leg of his yatra. Mr Gandhi, who marched through north India in peak winter wearing just a t-shirt, was today for the first time seen in a jacket. Drizzling across Jammu since morning is said to be the reason Mr Gandhi finally wore protective clothing. He was later seen removing the jacket, and walking in his signature white t-shirt.
For 3,400 kms during the 125 days journey so far, Rahul Gandhi’s minimal clothing has drawn curiosity, even admiration, from many, and snark from opposition parties. He said he would wear more clothes if he feels cold, which hasn’t been the case so far.

The 52-year-old Congress leader is set to hoist the national flag in Banihal in the Ramban district of Jammu and Kashmir on January 25, and is scheduled to enter Srinagar via Anantnag two days later – on January 27.

The yatra, which resumed from Kathua’s Hatli Morh this morning, has been given a massive security cover, with both police and paramilitary ring-fencing the Gandhi scion and his co-travellers. Jammers have also been put in place. Mr Gandhi was earlier advised by security agencies to not walk certain stretches during the Bharat Jodo Yatra in Kashmir, NDTV has learnt.

As he entered Jammu to a grand welcome, with top Kashmiri leader and National Conference president Farooq Abdullah travelling to Lakhanpur to receive him, Mr Gandhi invoked his Kashmiri ancestry to strike a chord with the people. He talked about the “pain and suffering” of the erstwhile state’s residents.